I love that most of my kids don’t actually read this blog – it gives me a freedom I wouldn’t have, if I thought they were actually listening. I have to deal with the fact that Amira does, Lauren mostly, but the boys…not at all.

I shared a post on Facebook as Aliza was sitting next to me. “Am I supposed to read that?” she asked.

She’s in the kitchen making herself something to eat now. She’s singing quietly to herself. There is something infinitely comforting to have your child singing that way.

I can’t make out the words – it doesn’t really matter. She’s making herself her favorite noodles – with cheese.

In the meantime, it’s a good quiet, mostly anyway. David called from Poland a few minutes ago. He’s on a bus heading towards Lodz and in a few hours, he will be going to Treblinka.

Treblinka was one of the hardest places to visit simply because almost nothing is there. It is up to you to imagine what once was. There are 17,000 stones, representing the Jewish communities of Poland before the war. Compared to Israel, Poland is huge and so to travel from place to place, geographical realities force you to make a huge circle.

You fly into and out of Warsaw – from there, you draw a circle. Some trips start from Treblinka and end with Maidanek; others, like mine and now Davidi’s, start with Maidanek and end with Treblinka. I think that is smarter. It’s all there, in Maidanek – the gas chambers, the crematoria, the ashes, the collections of possessions.

If you see Maidanek, you can imagine Treblinka. A trip to Poland forever changes you. There is nothing like the reality of being in a gas chamber…knowing you stand where thousands died. Israeli groups visit the concentration camps in large groups and carrying Israeli flags. We need to make this statement. Our people were here once; we have returned, but we come with the power and the reality that we, Israel, will never allow you, whoever you are, to do again what you once did.

And so, with our Israeli flags, dressed as we are, we are stared at in these places. More, there is a recognition among other visitors. When we entered the gas chambers, other groups quickly left. While we were inside, other groups entered and either walked quickly passed us or went back outside to wait until we were finished.

Perhaps it was wrong of us, but we didn’t wait. We went in and claimed our place – this is where OUR grandparents and great grandparents died. You come as visitors, we come as mourners. I can’t really explain it.

Davidi sounded good on the phone – he is looking forward to coming home. I will see him again in about 36 hours. They will land at the airport before dawn on Monday morning and will go straight to the Western Wall. They will come back as stronger Jews, stronger Israelis.

It is a trip that changes your life, focuses you more on why it is so very important that there be an Israel.

I asked Davidi if he was writing down what he was experiencing. He said he didn’t know how. I thought of that when Aliza asked if she was supposed to read my articles.

Part of being a parent is accepting that your way may not be theirs. So, no, she doesn’t have to read and he doesn’t have to write. It is enough that she sings in the kitchen; that he shares this experience with his friends and teachers. 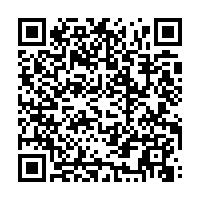