After a year of talking about it, the Knesset has finally passed a watered-down version of its controversial NGO law. The vote has unleashed a torrent of criticism from left-wing critics of the Netanyahu government, defenders of the NGO’s who are targeted by the bill, and the European governments whose funding of these groups is at the heart of the controversy. For its supporters, the bill is a long overdue attempt to expose an ill-intentioned effort to undermine Israeli self-defense and back Palestinian attacks on the Jewish state. Opponents consider it a blow to Israeli democracy and an attempt to suppress dissent. But for all of the hot air and ink expended on this topic, the truth is that it is really neither.


What exactly does the bill that finally passed the Knesset do? The short answer to that is not much. The sum total of its impact on affected groups is to marginally increase requirements about transparency. Non-profit groups that receive more than half of their funding from foreign governments must now include a disclaimer of the sources of their support in all communications much like the warnings on cigarette packs. That’s it. In the end, a much-criticized provision of one of its original drafts that would have required representatives of such groups to wear an ID badge noting their status (something that is required on Capitol Hill and most state legislatures in the U.S.) was dropped. They aren’t prevented from receiving such funds and their activities are not in any way restricted.

All of which is to say that the effort expended on debating the bill seems like a tremendous waste of time for both sides. But it would be wrong to merely dismiss the topic as much ado about nothing. The issue isn’t a meaningless bill but how one feels about foreign-funded left-wing groups that work to oppose Israel’s presence in Jerusalem and the West Bank as well as to buttress Palestinian claims of ill treatment at the hand of the Jewish state. The issue here is democracy but not the right-wing conspiracy to suppress dissent alleged by the left. Rather, it is an understandable backlash from the center-right majority about the efforts of the Israeli left to leverage foreign backing in order to make up for the fact that it has been marginalized at home.

Of the 27 groups that would be affected by it, 25 are left-wing advocacy groups. But many more groups supported by the political right are not touched by it because they get their foreign funding from private donors or foundations. The modern Jewish state was built in large measure on foreign donations largely raised by Diaspora Jews for philanthropies like the Jewish National Fund. As J.J. Goldberg also notes in the Forward, there is also nothing unusual foreign governments funding NGOs. The U.S. and other Western governments have been supporting NGOs around the world that promote cultural exchanges and democracy ever since World War II. So what’s the real issue here?

The problem with the NGOs in question is that, unlike the sorts of groups that get U.S. funding in Eastern Europe or Asia, the Israeli left is not really interested in promoting democracy. Their basic goal is to delegitimize the Jewish presence in parts of the country and to undermine the efforts of the government and the army to keep tabs on and to suppress Palestinian terrorism. The funding they get from the European Union and other largely hostile foreign governments is not about making Israel more democratic. It’s about building support for pressure on Israel to make concessions to the Palestinians, to undermine its claims to disputed territory and to handicap its counter-terrorism work, as the support for the anti-Israel Defense Forces group called Breaking the Silence attests.

Israelis are free to support those positions and some do. But their problem is that while the majority of Israelis may not be happy with the current stalemate with the Palestinians, they also view Western pressure to force their country into more suicidal territorial retreats as unreasonable and unfair given the intransigent nature of the Palestinian Authority and its Hamas rivals. Moreover, they view groups like Breaking the Silence and others like them as crossing the line between loyal opposition into sympathy for their country’s avowed enemies. They also keep electing Benjamin Netanyahu and his coalition partners and have relegated left-wing parties that sympathize with the NGOs to marginal status. So the left must rely on foreign governments rather than Israelis or even Diaspora Jewish donors to keep their groups going. If most Israelis, including the majority that elected the current government as well as some opposition parties that are equally hostile to groups like Breaking the Silence, resent such efforts, who can blame them?

So while the NGO bill does nothing, the arguments about foreign funding are about something important: respecting democracy. Right-wingers who obsess about foreign involvement in Israel’s affairs are a bit hypocritical since their side also benefits from money raised elsewhere. But the Israeli left needs to stop looking abroad for support they can’t find at home. They should concentrate their efforts on persuading Israelis, not the EU, to back their positions. Until they do, they will remain a permanent and increasingly unpopular minority. And that is something that no legislation can save them from. 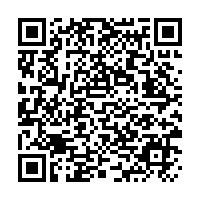