In a recent interview about the International Holocaust Day, Eli Wiesel stated that today it is no longer a shame to be an antisemite, and that the world is growing silent again. There are 193,000 survivors living in Israel today and just over 100,00 survivors living in the United States. Their average age is 85, and they are dying at a rate of a thousand a month. Soon we’ll be living in a world with no survivors, and in a world that has learned nothing from the past.

Jews view the Holocaust as a singular phenomenon, a unique event in the history of human civilization which merits and has received special recognition. In some way this attitude towards this most horrific display of antisemitism may be counter productive. First, its unique designation implies that it could never happen again. Secondly, it diminishes from all other acts of antisemitism that dwarf in comparison. And thirdly, it suggests that Nazi Jew-hatred was somehow different from the Jew-hatred that is presently on display throughout Europe.


By necessity, because of the Holocaust and because of Israel, European antisemitism had to become more and more inventive. A protest in Paris against French President Francois Hollande on Sunday the 26th turned into an antisemitic demonstration. The demonstrators protested the government’s recent decision to ban Dieudonne’s (a popular French comedian) show because of its persistently antisemitic content and demanded freedom of speech. From freedom of speech to frank antisemitic slogans and Nazi salutes was but a small leap.

In Poland an employee of the Majdanek concentration camp museum was charged with hate crimes while exercising his right to distribute antisemitic posters in Lublin. While in Rome pig’s heads were sent to the Israeli embassy and a synagogue. So much for freedom of expression.

The Danes, who have certainly earned a place in the Yad Vashem “Righteous Among the Nations” honor call for their collective effort to save the Jews of Denmark during the Holocaust, are even more inventive. They now lead the way in a European campaign to ban ritual circumcision, all in the name of the nobel cause of human rights. The Danish Society of Family Physicians, whose 3,000 members include two thirds of all general practitioners in Denmark, announced in December that circumcision of underage boys with no proper medical indication is nothing short of cruel mutilation. The second largest national newspaper in Denmark, Jyllands-Posten, urged the Danish government yesterday to ban ritual circumcision of underage boys, and the result of a recent poll among readers of BT, another large national newspaper, showed that 87 percent of well over 26,000 votes were in favor of such a ban.

To our north, in Montreal, Canada, it is now against the law for a Jewish bank teller to wear a yarmulke while at work, all in the name of separation of church and state.

In a recent survey 75% of European Jews said they had been exposed to antisemitism online, in several different forms. A study “conducted by the European Union Agency for Fundamental Rights revealed that in 2013, 23% of respondents refrained from attending Jewish events or religious services for fear of being attacked on their way there; 38% are afraid to wear religious symbols, like the yarmulke or kippah, in public; and 66% view antisemitism as having a major and constant impact on their lives. 77% of European Jews are unwilling to report any incident of antisemitic bullying or violence to authorities, 33% are afraid they will become a victim of antisemitic violence; 29% are considering emigration because of it.” While across the pond and to our north antisemitism is being practiced in the name of such righteous causes as freedom of speech, human rights, and the separation of church and state, when the story of Jews in America is told, it is one of glorious successive successes. It is the story of Gershwin, Brandeis, Joe Lieberman, and Mark Zuckerberg. It is a story of Jewish Immigrants who came to the American melting pot and applied thousands of years of aggregated Talmudic scholarship and wit to get a piece of the American dream.

Lech Lecha: Go Into Yourself – The Science of Kabbalah [audio] 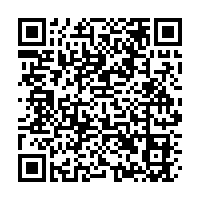