A Jerusalem court Tuesday approved a plea bargain between state prosecutor and 47-year-old Neturei Karta member Yitzchak Bergil that puts him in the slammer for four and a half years for trying to spy for Iran last summer.

Bergil had flown Berlin in 2011 to drop into the Iranian embassy with the intention of sending it information that he was to gather in Israel. He told Iranian officials he wanted to speed up the goal of non-Jews taking over Israel, fulfilling Neturei Karta’s creed that the Jewish state should not exist until the Messiah comes. He even said he was prepared to “kill a Zionist.”


So pretend it is Purim and you are dressed up as an Iranian official, sitting in your plush embassy office in Berlin with a picture of the Ayatollah peering over your shoulder. This Jew dressed in black steps up and says, “Hi, guy. We got something in common. We both hate Israel. Gimme a gun and I will kill one or two of them for you.”

Purim or not, your first reaction would be to call the nearest mental hospital.

That is more or less what the Iranian officials did. They told him that he was obviously acting out a stunt so he could claim asylum, not an insane asylum but political asylum.

Bergil returned to Israel but did not give up his expression of hate taught by his Neturei Karta rabbis.

Bergil apparently lives in a movie. He acted out his spy act as much as he could and kept pestering the Iranians, using public phone booths and Internet cafes.

The indictment against him does not reveal whether Tehran did itself a favor and told the Mossad to get the guy off their case and put him in a padded cell or if the Israel Security Agency (Shin Bet) simply caught up with him on its own.

Bergil told investigators he acted “out of a hatred for the State of Israel” and, yes, out of the love for money that he hoped Iran would pay him.

He really should thank Israel for giving him the chance to think things over four plus years in a jail cell. He will meet some interesting Zionists there along with a few Arabs who are serving time for everything a Jew does against the law, which now includes working against the Jewish state.

But the real culprit is the Neturei Karta movement itself and its rabbis. If they stayed outside of Israel, that’s one thing.

But to live in the Zionist state, preach anti-Zionism and to live a life if hatred against fellow Jews is something else. Of course, it all is done in the name of God, so it’s okay.

Here are a few of Neturei Karta’s adventures the past few years:

– Meeting with Mahmoud Ahmadinejad when he was president of Iran;

– Attending a Holocaust conference in Iran;

– Helping raise funds for an ambulance for Hamas;

– Marking in Jerusalem to receive visiting President Barack Obama with a message to save “the entire Holy Land From the grip of the Zionist bandits;”

– Participating in memorial services for Arafat in Ramallah; and

–Congratulating Islamic Movement leader Sheikh Ra’ad Salah for a courtroom victory against being deported from Britain.

Hatred is evil, and those who preach it are more evil than those who learn.

The wrong person was put in Jail, but Bergil’s teachers, so successful in showing off their achievements, are on their way to self-destruction, because, if they read the Torah, the Holy Land of Israel spits out those who defile it. 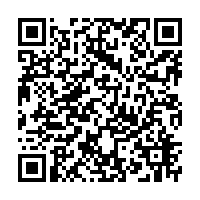