More than the election’s vote was a victory for Donald J. Trump, it is a searing defeat for Barack Hussein Obama.


In a torrent of impassioned campaign stops over the past six weeks, President Obama made it clear that this election was a referendum on his policies. He explicitly warned that unless Hillary Clinton was elected president, everything that he stood for and worked for would be washed down the drain. He literally said that the “fate of the nation” hangs in the balance.

On Friday, Obama told MSNBC that “”If you supported me in ’08, if you supported me in ’12, if you think that I’ve done a good job, if you believe that Michelle has done a good job — everything that we’ve done over the last eight years will be reversed with a Trump presidency. And everything will be sustained and built on with a Hillary Clinton presidency.”

Well, there isn’t going to be a Hillary Clinton presidency, and it’s not just because she was a flawed candidate. It’s because more than 50 percent of Americans rejected the notion that Obama has “done a good job,” and they weren’t interested in “sustaining” his policies. They didn’t want another four or eight years of Obama.

They didn’t buy the Democratic message that everything was swell in America, and that all that was needed was a competent Democrat to advance Obama’s superior approach.

They were uncomfortable with Obama’s smug assurances of omnipotent everything: That he possessed exceptional insight on every issue, and that he had executed the most-outstanding economic, social and foreign policy. And that Hillary was the repository of this unique wellspring of near-prophetic and superhuman wisdom.

It was time to take Obama down, resoundingly. And so they did, those middle-of-the-road Americans. They weren’t swayed by the crooning of Jay-Z, Beyonce and Springsteen alongside Obama (and Hillary), or the endorsements of Hollywood and high academia.

It’s clear to me, then, that the real headline today is: “Trump thrashes Obama.” 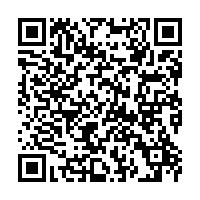