Elevating the murderers of four Jews, who were praying in a synagogue, to the status of “terrorists” grossly distorts the concept of terrorism.

They are murderers, just like those who gunned down eight young men studying in the Mercaz HaRav Yeshiva in the heart of Jerusalem six years ago; and just like the barbaric killers of five members of the Fogel family on Erev Shabbat in Samaria three and a half years ago.


They are murderers just like Hamas “militants” and  just like Hezbollah “guerillas” and “resistance fighters” in the Palestinian Authority.

They are murderers just those in the ISIS who behead hostages because they are human beings who act like human beings.

The dictionary, media, sociologists and professors can define terrorism whatever they want, but once it is used to include murder even for ethnic cleansing and genocide, as American sociologist Charley Tilly has claimed, cold-blooded murder for the sake of cold-blooded murder is given an implicit justification.

The Palestinian Authority has incited an entire generation of youth to become “martyrs,” resistance fighters against the ‘occupation.’” It has excited them with a cause that is the personification of evil.

This is not a religious war nor is a war for land.

This is a war of the “Children of Light against the Children of Darkness.”

If the world – including Israel – had related to the “resistance fighters” as murderers and not as terrorists, perhaps the same youth would not have felt so exuberant,

No one joining ISIS does so to become a “murderer.” He signs up for the sake of some supposed ideology that is a thin disguise for killing.

Defining them as “terrorists” would put the Nazi butchers in the same category.

They are killers, murderers, butchers, barbarians and evil.

They are not human enough to be terrorists. 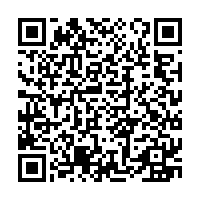