The following is the full text of the letter sent by Israeli Ambassador to the United Nations Ron Prosor, both to the president of the United Nations Security Council, Gary Francis Quinlin, and to the Secretary-General of the United Nations, Ban ki-moon. Prosor’s letter is about the murders of Israelis praying in a synagogue, when they were – literally – cut down with axes, knives and a meat cleaver.

The letter describes not only the horrific events, but places the blame squarely on Mahmoud Abbas, the acting leader of the Palestinian Authority, for his repeated acts of incitement. It also describes the official Fatah website referring to the massacre as a “heroic operation,” and the celebrations which erupted amongst the Palestinian Arabs upon hearing of the gruesome murder of innocent, unarmed Jewish worshippers.

Early this morning, the quiet that normally blankets the peaceful Jerusalem neighborhood of Har Nof was shattered. Two Palestinian terrorists armed with knives, axes and a gun stormed a synagogue and savagely attacked the Jewish worshipers who had gathered for morning prayers. The terrorists barbarically murdered four people and wounded eight others.

Israel is searching for a partner in peace, but all we have found is a partnership of terror – in the unity government of Abbas and Hamas. In recent weeks, President Abbas has called on Palestinians to prevent Jews from visiting the Temple Mount using “all means” necessary and repeatedly called for a “Day of Rage.”

Every time the Palestinian Authority inflames tensions, violence follows. This morning saw the sixth terrorist attack against Israelis in less than a month. We have been attacked on train platforms and on the streets of our largest cities; today we learned that innocent Israelis can’t even find sanctuary in the sanctuary of a synagogue.

Following this morning’s massacre, President Abbas’s official Fatah website called this a “heroic operation” and senior leaders praised the attack. Within hours, celebrations erupted in Palestinian towns and villages. Sweets were distributed, young Palestinian men posed with axes, loudspeakers at mosques in Gaza called out congratulations, and relatives of the terrorists hailed them as “martyrs” and “heroes.”

This disturbing response to the heinous slaughter of four innocent people is a stark indication of the culture of incitement that pervades Palestinian society. All nations and decent people should condemn this morning’s appalling act of savagery and call on President Abbas and his Fatah party to stop the anti-Israel incitement, stop glorifying murderers, and stop celebrating the murder of innocent civilians.

I should be grateful if you would have this letter distributed as an official document of the Security Council. I wish to inform you that an identical letter has been sent to H.E. Mr. Ban Ki-moon, Secretary-General of the United Nations. Please accept, Excellency, the assurance of my highest consideration.
Yours truly, 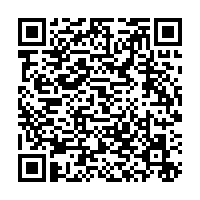