Zidan Sayif (30) HY”D, the Israeli-Druze policeman who saved numerous lives on Tuesday morning when he engaged the two Arab terrorists in a gun battle in the Har Nof Massace, died on Tuesday evening of his wounds, according to a statement from Hadassah hospital.

Sayif was being treated in Hadassah hospital for the head wound he received in the shootout with the terrorists.


Sayif was the first of two officers on the scene. As a result of Zidan’s heroic actions, the terrorists in the Jerusalem synagogue were forced to stop slaughtering worshipers and instead concentrated on attacking the policeman.

The death toll from the attack in the synagogue has now risen to 5,

Sayif is survived by his wife and a 4 month old baby daughter.

Zidan Sayif joined the Israeli police in April 2011, and served as a traffic officer in Jerusalem.

He was from the village of Yanuch-Jat in the Galil.

The funeral will be held at 2:00 PM on Wednesday in his village. 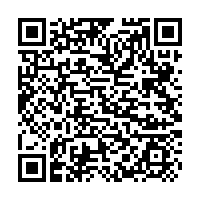