Centered in a complex region, Israel faces no shortage of foreign and domestic challenges. To meet these challenges, chief among them the existential threat posed by Iran, Israel must focus on national unity, according to a new report.

The study, produced by the Jerusalem Institute for Strategy and Security (JISS) and titled “Might at a Critical Moment,” highlights 14 main recommendations, focusing on national cohesion, the Iran threat, a shift to managing the conflict with the Palestinians instead of attempting to solve it, regional relations and relations with the United States, Europe and Russia.

According to JISS President Efraim Inbar, “There is a need for a national consensus on policies.” The government should keep away from policies not within the consensus, Inbar told JNS, and in particular those advocated by the extreme ends of the Israeli political spectrum, “to maintain social resilience.”

While JISS believes national cohesion is paramount, said Inbar, the report also places a strong emphasis on the multiple threats emanating from Iran, which JISS experts consider to be the country’s top foreign policy challenge, and indeed an existential threat.

According to Inbar, Israel needs to be prepared to act to prevent the Islamic republic from arming itself with nuclear weapons, even if it must do so alone.

“We should prepare for the situation in which we will be alone and then will have to eliminate the critical elements of Iran’s nuclear infrastructure in order not to face a nuclear Iran,” Inbar told JNS.

He acknowledged that Israel is already preparing for this scenario, and indeed has already attacked Iranian forces in Syria numerous times over the past few years. According to Inbar, the purpose of these Israeli strikes is to prevent Iran from “establishing several fronts around Israel.”

Iran succeeded in establishing a front against Israel in the north with Hezbollah “because we adopted the wrong policy,” Inbar told JNS, “and now we have an organization with over 100,000 missiles” pointed at us. “We want to prevent a similar front arising in Syria.”

Lebanon and Syria are only one part of the threat facing Israel, however. In the south, the terrorist threat emanating from the Gaza Strip threatens the security of Israeli citizens, but unlike Lebanon and Syria does not pose an existential threat to Israel, according to the report.

In Gaza, the two main actors are Hamas and Islamic Jihad. The latter is an Iranian proxy and follows Iranian orders, but the former is not fully subservient. The threat from both terrorist organizations needs to be managed, not necessarily defeated, according to JISS—at least for now.

Inbar told JNS that he does not believe a solution to the Palestinian issue is possible anytime soon, and that therefore Israel has no choice but to “manage” the conflict. Part of this effort, he said, involves acquiring political allies, particularly in Europe. Inbar noted that on this front, Israel has “succeeded in establishing good relations with Cyprus and Greece, two voices in the European Union.”

He also said Israel has made “important inroads in Eastern European countries like Hungary and Romania, that have made steps in moving their embassies to Jerusalem.”

“Over time,” he said, “the schism between Western and Eastern Europe is growing—in our favor.”

JISS vice president Eran Lerman said the report is aimed at decision makers as well as the think tank’s international audience. He told JNS the three main points of the report are national cohesion, Iran and a shift from the illusion of conflict resolution to a “conflict management” approach.

Referring to those on the left who want to give land to the Palestinians and those on the right who want to annex all of Area C (Israeli-controlled areas of Judea and Samaria), Lerman said, “we position ourselves in between the extremes.”

He emphasized the importance of the report, saying that foreign embassies in Israel very often get a skewed perspective on Israeli thinking. For this reason, according to Lerman, the report is “useful reading material” because “we believe we speak for the broader consensus.”

Returning to the first issue highlighted by the JISS report, Inbar warned that “adopting policies that are divisive in Israeli society is the wrong approach. Trying to win political battles in Israel is not productive. What is most important is to keep Israeli society together to withstand the difficult tests that are still ahead of us.”

“Social cohesion is the most important thing in withstanding conflict,” he said. 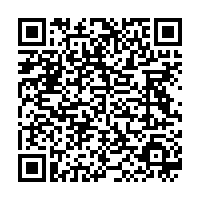