Many of Donald Trump’s supporters have compared him to Ronald Reagan. It is quite instructive that Trump himself picked up the 1980 Reagan campaign slogan, “Let’s Make America Great Again.” Trump speaks positively of Ronald Reagan, and, like Reagan, claims to be a conservative.

Many longtime Reagan conservatives beg to differ. The Trump comparisons make them bristle.

That was never a problem for Ronald Reagan. Reagan remains the prototype of modern conservatism. He is the ideology’s standard-bearer.

So let’s start with Reagan’s understanding of conservatism – a good yardstick with which to try to size up Trump. In fact, to narrow the comparison even tighter, I will go with a Reagan definition of conservatism that he provided prior to the presidency, without the aid of a White House speechwriter scripting him.

On February 6, 1977, Reagan spoke to CPAC, the Conservative Political Action Conference, a venue he would address no less than 13 times through his final year in the White House, not missing a single CPAC during any year of his presidency. (Donald Trump bailed out of CPAC this year.)

On this particular date, he acknowledged that conservatism is often described differently by “those who call themselves conservatives.” Nonetheless, differing claims by different people calling themselves “conservatives” does not mean that we cannot identify certain common conservative principles. To that end, Reagan stated:

The common sense and common decency of ordinary men and women, working out their own lives in their own way – this is the heart of American conservatism today. Conservative wisdom and principles are derived from willingness to learn, not just from what is going on now, but from what has happened before.

The principles of conservatism are sound because they are based on what men and women have discovered through experience in not just one generation or a dozen, but in all the combined experience of mankind. When we conservatives say that we know something about political affairs, and that we know can be stated as principles, we are saying that the principles we hold dear are those that have been found, through experience, to be ultimately beneficial for individuals, for families, for communities and for nations – found through the often bitter testing of pain or sacrifice and sorrow.

There’s a definition that every self-professing conservative needs to take to heart and mind. It is one you could find in conservative classics, such as Russell Kirk’s The Conservative Mind, or glean from decades of reading William F. Buckley’s flagship publication of the conservative movement, National Review, or from the older Human Events – all of which Ronald Reagan read assiduously.

Reagan had an informed comprehension of conservatism because he devoured these writings. He did the intellectual heavy lifting that facilitated his full conversion from a 1940s New Deal FDR liberal to a conservative trying to save the Republican Party from the Rockefeller Republicans who were not conservatives.

What Reagan said in February 1977 is worth underscoring: The essence of conservatism is to preserve and conserve time-tested values that have endured for good reason and for the best of society. Do not fall for the leftist canard that cruelly caricatures conservatism as merely wanting to preserve anything and everything from the past, from slavery to Jim Crow to women not voting. Quite the contrary; conservatives want to preserve the values and ideals that are timeless and time-tested for the benefit of humanity, not the detriment.

We conservatives cling to and seek to conserve and preserve not just any ideas but worthy ideas. If we merely sought to keep any, say, 19th century idea, then why aren’t we fighting for Marxism or some variant of socialism, as many of our “progressive” friends still do? That isn’t conservatism, regardless of what you heard about it from some liberal professor or clicked in a Google search.

He called for a prudent and just government that spends money wisely and whose stewards act with integrity and honesty. Here, too: we need a nation comprised of outer order and inner order, a virtuous government that is the product of virtuous citizens.

He wanted a complete conservatism that combined the two core strands of contemporary American conservatism (the social and economic) into “one politically effective whole.”

Let’s pivot to Donald Trump’s explication of conservatism. I’ll consider the two recent occasions where Trump was asked to give a definition.

In New Hampshire during an ABC News debate in February, Trump was asked point blank, “What does it mean to be a conservative?” In response, Trump stated:

There is no sense in Trump’s statement of any grounding let alone a rich or nuanced cognizance of conservative philosophy.

What’s worse, Trump gave that definition with a look of surprise and unpreparedness – with a deer-in-the-headlights look. That is worse because only two weeks prior he was asked the same question in an interview on CBS’s “Face the Nation,” where his response was shockingly dismal. The candidate this time should have been equipped to give a better answer.

That other Trump definition, offered to CBS in January, was at best a stream of consciousness, with occasional disconnected outbursts of random policy observations. Here is (verbatim) what he told CBS when asked for his definition of a conservative:

By the way, if you look at vision, when you look at the word “vision,” I was the one that said, “take the oil,” I’ve been saying that for years, and I said, “take the oil, let’s take the oil,” and nobody would listen, then all of a sudden after Paris they started saying “maybe that’s right, we’ll take the oil.” They still don’t do it the proper way. You know, I was – which is a little bit different than a normal conservative – but I was very much opposed to the war in Iraq. A lot of these guys were all for the war in Iraq, look what that’s got us: We spent $2 trillion, we lost thousands of lives, we have nothing, we’re now handing Iraq over, just handing over to Iran. Iran is going to take over Iraq, and I said that was going to happen.

I said that years ago, in 2003-2004, that Iran will take over Iraq with the largest oil reserves in the world. And that’s not a conservative position. When I was, you know, saying, don’t go into Iraq – I’m a very militaristic person, I’m very much into the military, and we’ll build our military bigger, better, stronger than ever before, but – and that’s safe, that’s actually the cheapest thing to do, opposed to what we have right now, but I was opposed to the war in Iraq. Most conservatives were gung-ho. I mean, these guys, every one of them, wanted the war in Iraq. Look where it got us.

Here again, what I’ve quoted is the entirety of Trump’s response. My transcript leaves out nothing.

This definition from Trump is confusing, incoherent, and incomprehensible, and it is a vindication of legitimate concerns by true conservatives that Donald Trump as the GOP’s new standard-bearer is poised to do enduring damage to the modern conservative movement that Ronald Reagan did so much to advance.

Is Donald Trump a Reagan conservative? Certainly not by any definition he has hazarded to try to give. 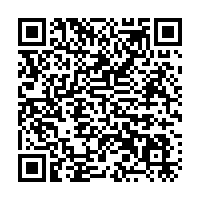