With the outgoing and endlessly embattled Bush administration showing signs of exhaustion in 2008 and the onslaught of an unforeseen financial crisis, Democrats won the U.S. presidency while gaining an overwhelming majority in the House of Representatives and 60 veto-proof seats in the U.S. Senate (thanks, in part, to a disputed Minnesota election putting TV comic Al Franken over the top in his state and the inclusion of Vermont Socialist Bernie Sanders and Connecticut Independent Joe Lieberman).

The new Democratic majority quickly began to make up for lost time by ramming through a number of big spending bills culminating in a push for a massive overhaul of the American health care system. But a funny thing happened on the way to nationalized health care: Americans, who had voted for total political overhaul in Washington a little more than a year ago, were overtaken by buyer’s remorse.


After the Reagan years the lines had blurred between the two major parties when Democratic President Bill Clinton tacked right (under pressure from a Republican-led Congress demanding fiscal restraint) and his successor, Republican George W. Bush, tacked left with increased spending in hopes of broadening his political appeal.

But Democrats in Congress, embittered over their narrow presidential loss to Bush in 2000, were having none of that and Bush’s moves fizzled – except for encouraging Congressional Republicans to forget they were supposed to be the party of fiscal responsibility. But Americans didn’t forget, roundly turning Republicans out of power in all three branches of government in ’08.

Now, though, Democrats are suddenly the ones on the receiving end as Republicans scored two upset wins for off-year gubernatorial races (New Jersey and Virginia) and then a surprising come-from-behind success in the truest of blue states, Massachusetts, snatching the Senate seat long held by Edward M. Kennedy from the hands of the Democratic Party’s anointed, Martha Coakley, in a special election on January 9.

Billed as many things, including a referendum on the presidency of Barack Obama, on the leadership of a tone-deaf Democratic Congressional majority, and as a clear rejection of current Democratic policies, that election’s outcome has shaken the political firmament.

But surprisingly, and in spite of evidence that Scott Brown’s win against the Democratic State Attorney General of Massachusetts, Martha Coakley, reflected a shift by independent voters (more than 50 percent of the Massachusetts electorate) away from Democrats’ commitments to massive deficit spending and tax increases, pundits on the political left played this reversal differently. It was, said many, really a rejection of President Obama’s failure to grow the federal government even more.

If only Democrats had simply ignored Republicans in Congress from the start in pushing health care, said MSNBC television election eve commentators, Coakley would surely have won. According to Chris Matthews and Rachel Maddow, Obama’s problem wasn’t that he had ceded policy on things like health care to geniuses like Nancy Pelosi and Harry Reid who seemed intent on throwing fiscal restraint to the winds, it was that Pelosi and Reid, in combination with Obama, hadn’t been ruthless enough. Matthews added that the solution now must lie in parliamentary maneuvers to erase the role of super majorities in the Senate and thereby make Scott Brown’s win irrelevant. Talk about hubris.

During the Bush administration, when Democrats were using the filibuster threat to block Bush’s judicial appointees, Republicans who even broached the same idea were roundly excoriated. The Republicans actually had a case, though, since filibusters had not historically been applied to judicial confirmations until Democrats introduced them during the Reagan years to block conservative judicial appointments. And today’s Democratic case? According to Matthews, filibusters should just be disallowed on “really important issues” – decided, of course, by the current Democratic majority in the Senate!

It’s passing strange when Democrats and their sympathizers make the argument that moderates in Massachusetts really wanted more, not less, big spending and government expansion given that Massachusetts Senator-Elect Scott Brown pitched his whole case on explicit opposition to the Democrats’ health care reform package, a package set to increase costs and taxes for middle class Americans while jeopardizing benefits to seniors and the quality of care for all.

While the Bush administration pushed through an unpopular bailout to save major financial institutions in the wake of a collapsing economy in ’08, Democrats have tripled down since coming to power, blowing the nation’s budget sky-high with auto industry takeovers, ineffective stimulus spending, and health care legislation that requires a thousand pages of description to contain it. Democrats, during their years in the political wilderness, used to tell us how much they cared about the deficit. But that was then. This is now. 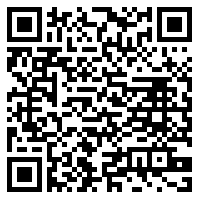