There is a little recognized but noteworthy irony in the still-ongoing (when and how will it end?) matter of Iranian nuclearization.From the standpoint of President Ahmadinejad in Tehran, any prospect of hastening the Shiite apocalypse may naturally be welcomed.  In the United States and Israel, on the other hand, any conscious encouragement of a Final Battle is strenuously rejected. Whatever Scriptural expectations of End Times may be found embedded in Judaism and Christianity and however seriously they may be accepted among particular American and Israeli populations, these expressly apocalyptic visions have always been rejected as plausible policy options.
Advertisement

There exists, among all the major national players in the still-unfolding Iran drama, a more or less acceptable element of eschatology. But this potentially tragic drama is fashioned out of starkly polar opposites. The all-consuming apocalyptic violence that could seem positive and purifying in Tehran appears plainly negative and defiling in both Washington and Jerusalem.
To avoid further acquiescence in the “fate” planned for them in Tehran (economic sanctions clearly and predictably have had no meaningful effect on President Ahmadinejad’s nuclear decisional calculus), Israel and/or the United States may still have to take appropriate military action. Yet, it is already very late for any effective preemption against relevant Iranian nuclear assets and infrastructures. It is also unlikely (perhaps even inconceivable) that now Nobel Peace laureate Barack Obama would display the extraordinary will needed to undertake such a problematic and controversial (albeit, possibly law-enforcing and life-saving) operation.
President Obama does hint tantalizingly at a presumed remedy, but it is one that could only be ex post. Retaliation, unlike preemption, can come only after the fact. It cannot prevent nuclear aggression; it can merely promise (more or less persuasively) some forms of punishment. Moreover, in the case of Ahmadinejad’s Iran, preemption represents a threat that could be disregarded entirely in deference to far more deeply felt religious obligations. As expressed in the epigraph (above) by the dramatist Jean Giraudoux, the end of the world, for some, can be “terribly beautiful.”
An oxymoron may have its correct place, even in matters of military strategy. Few Iran watchers have paid any serious attention to an utterly critical point: Nuclear deterrence can exist only between fully rational adversaries– that is, between enemies who share an overriding commitment to collective self-preservation. In this regard, for Israel and/or the United States, any standoff with an already nuclear Iran could thus be very different from what once obtained between America and the Soviet Union.This would not be your father’s Cold War.
Who should conduct a preemptive attack against selected Iranian hard targets if all else fails?  Naturally, the political and operational difficulties for Israel would be much greater than for the United States. Yet, for Israel to do nothing substantial to defend itself from an openly existential assault – to allow a potentially apocalyptic Islamic regime to “go nuclear” – could be suicidal.
Echoing the seventeenth-century English philosopher, Thomas Hobbes, no state, wrote Thomas Jefferson, ever has the right of national suicide. Rather, every state’s first obligation is always the assurance of protection. Innocent life must be preserved. When Iranian leaders openly proclaim belief in the Shiite apocalypse, a series of final battles presumed indispensable for transforming the profane “world of war” into the sacred “world of Islam,” very far-reaching and possibly problematic measures of self-defense must be considered.
Might “justice” have another face in this particular strategic matter? Some would argue indignantly against any American and/or Israeli preemption on the grounds of a presumed need for nuclear “equity.” Israel already has nuclear weapons, goes this disingenuous argument. Why, then, should Iran be treated differently? International law speaks repeatedly of “sovereign equality.” So isn’t there an evident lack of “fairness” in denying to Iran what has tacitly been allowed to Israel?
Consider this: Israel’s nuclear forces remain deliberately ambiguous and undeclared.  They have never been brandished in a threatening fashion by Israel’s civilian or military leaders. Nor does Israel ever call for wiping any other state “off the map.” Israel’s nuclear weapons exist only to protect the Jewish state from extraordinary forms of aggression. Understandably, this includes the prevention of another Jewish genocide and related crimes against humanity.
Israel’s nuclear deterrent force would never be used except in defensive reprisal for massive enemy first strikes. In practice, this means primarily Iranian attacks involving nuclear and/or certain biological weapons. For the time being, none of Israel’s enemies is nuclear, but – naturally – this could change. If it should actually have to face nuclear enemies one day, Israel could choose to rely upon its own nuclear weapons to reduce the risks of unconventional war, but only insofar as the newly-nuclear enemy state(s) would (1) remain rational; and (2) remain convinced that Israel would retaliate with nuclear weapons if attacked with nuclear and/or devastating biological weapons.
For Israel and its also imperiled U.S. ally (let’s not forget for a moment that American military power is now extremely stretched and limited), there would be very complex problems to solve if an enemy state such as Iran were permitted to go nuclear. These problems would undermine the conceptually neat but decidedly unrealistic notion of any balanced nuclear deterrence in the region, a notion now gaining increasing popularity in both Washington and Jerusalem. The Middle East could not sustain the comforting equilibrium that had once characterized U.S.-Soviet relations. Whether for reasons of miscalculation, accident, unauthorized capacity to fire, outright irrationality or the presumed imperatives of Jihad, an enemy state in this fevered neighborhood could opt to launch a nuclear first-strike against Israel in spite of Israel’s own obvious and forseeably secure nuclear capability.  A Cold War type of  “Mutual Assured Destruction” (a so-called “balance of terror”) could not exist in the present Middle East.

LOUIS RENÉ BERES, Strategic and Military Affairs columnist for The Jewish Press,  was educated at Princeton (Ph.D., 1971). He is the author of many major books and articles dealing with nuclear strategy and nuclear war, including recent contributions to International Security (Harvard); NATIV (Israel/Hebrew); Israel Journal of Foreign Affairs (Israel/English); Parameters (The Journal of the US Army War College); The Case Western Reserve Journal of International Law and International Journal of Intelligence and Counterintelligence. Some of his earlier writings on both strategic and jurisprudential matters appeared in such journals as World Politics (Princeton); Strategic Review; Special Warfare (DoD); Bulletin of the Atomic Scientists; Israel Affairs; Counterterrorism and Security International; Policy Sciences and Armed Forces and Society. Professor Beres was Chair of  Project Daniel, which submitted its private final report on ISRAEL’S STRATEGIC FUTURE to former Israeli Prime Minister Ariel Sharon on January 16, 2003. 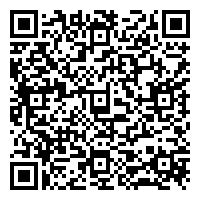