I have not done this before. I have never memorialized two of the closest people to me in one article. I gave it a lot of thought, and it is not just because they died within hours of each other two years ago that I decided to do this. It is also because there was a tremendous connection between them, and as I thought of each one I was overwhelmed by the similarities.

My mother, Irene Klass, was one of the smartest women I have ever known. She was truly an intellectual. She loved to spar with my husband, Ivan Mauer. He too was brilliant and a true intellectual. They had running debates about the likes of Henry Clay and others from American history. They both liked to cite Shakespeare and challenged each other to finish their quotes. And that was only the beginning. When the two of them were together in a room, it was never boring. I used to marvel at the extent and the depth of their knowledge. And I thrilled at the love and camaraderie that existed between them.


In later years when we would enter Mom’s house, she would say, “Doc take my blood pressure.” He would oblige and say, “Mom you’re like a young girl. If only all my patients had your numbers.” She would smile and then bring up something in the news, and they were off, discussing and debating.

My mom grew up during the Depression years and did not have the luxury of a college education. But no one who knew her could believe that. She was blessed with a photographic memory and a love for learning. She read extensively, and my husband would refer to her as “my mother-in-law the Ph.D.” I was always so proud that I was her daughter.

My husband was also one of the smartest people I ever knew. And his knowledge was so widespread. He read extensively and always had a number of journals he was in the middle of, aside from the daily newspapers. Of course, both my mother and my husband liked The Jewish Press best of all the newspapers.

I always thought that Eishet Chayil could have been written specifically for my mother. She was one in a million. She was full of charity and loving kindness, her hand outstretched to all who needed. I learned so much from her.

All the years I was growing up, my mother was my best friend. She was so different from everyone else. She was ahead of her time in matters of health and raising children. When I had children of my own, I marveled at how right she was long before her ideas were widely acknowledged as the correct way. When she felt something was right, she wasn’t afraid to take a stand. And she recognized quality when she saw it. She was a right hand to my father throughout their married life, and the success of The Jewish Press was no less due to her efforts than to his.

She was open and honest with me and with my sister, Hindy. There was nothing we couldn’t ask her. And from our earliest years we knew that whatever she told us was the absolute truth. She was consistent and fair – the kind of mother others wished was theirs.

My mother did not have the benefit of a yeshiva education, as in those years it was not so accessible, but she was religious to the core of her being. I do not refer to what passes for religious today, when many just look at the outside appearance. Her belief in the Almighty was absolute. She prayed the standard prayers and many of her own.

She was not only modest in dress but also in speech and action. She treated all people with a smiling countenance and asked after their welfare. She helped every type of person, including those whom most others would not even look at.

She wrote countless articles for The Jewish Press that garnered her praise from readers ranging from the author Herman Wouk to Yeshiva University’s Rabbi Dr. Norman Lamm.

In a sense she was indescribable, and here I am trying to describe her. 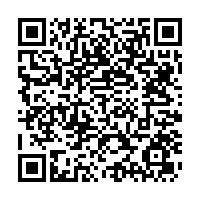