The Associated Press on Tuesday published a diagram showing that Iranian scientist have run computer simulations that would produce more than triple the explosive force of the World War II bomb that destroyed Hiroshima.


A.P. reported that it got the diagram from officials from a country critical of Iran’s atomic program to bolster their arguments that Iran’s nuclear program must be halted before it produces a weapon.

A senior diplomat who is considered neutral on the issue confirmed that the graph obtained by the A.P. was indeed one of those cited by the IAEA in that report.

This alarming news came after the publication of the latest IAEA report that was unusually outspoken about the development of a nuclear weapon by Iran.

40.  ‘The Annex to the Director General’s November 2011 report (GOV/2011/65) provided a detailed analysis of the information available to the Agency, indicating that Iran has carried out activities that are relevant to the development of a nuclear explosive device.’

Since November 2011, the Agency has obtained more information which further corroborates the analysis
contained in the aforementioned Annex.

42. As indicated in Section B above, since the November 2011 Board, the Agency, through several rounds of formal talks and numerous informal contacts with Iran, has made intensive efforts to seek to resolve all of the outstanding issues related to Iran’s nuclear programme, especially with respect to possible military dimensions, but without concrete results.

43. Parchin:…information provided to the Agency by Member States indicates that Iran constructed a large explosives
containment vessel in which to conduct hydrodynamic experiments…

44. As previously reported, satellite imagery available to the Agency for the period from February 2005 to January 2012 shows virtually no activity at or near the building housing the
containment vessel. Since the Agency’s first request for access to this location, however, satellite imagery shows that extensive activities and resultant changes have taken place at this location.

45. …such experiments would be strong indicators of possible nuclear weapon development….the Agency notified Iran of that location in January 2012. Iran has stated that “the allegation of nuclear activities in Parchin site is baseless.”

Originally published at the Missing Piece. 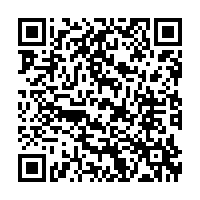