In producing “Women Unchained,” a daring yet dignified film about women who can’t get a get – a Jewish divorce – filmmakers Beverly Siegel and Leta Lenik have done Jewish society a favor. By tackling the agunah problem with deep understanding of this complex issue, these two women have made it possible for rabbis and laypersons, ordinarily pitted against each other on this issue, to really hear the other side.

First, some definitions. A Jewish woman whose husband refuses to give her a get is called an agunah, from the Hebrew word that means anchored. According to traditional Jewish law, which serves as the basis of jurisprudence on matters of personal status for all Jews in Israel, an agunah is not free to remarry and build a new life, even if she is civilly divorced, until she receives a get from her husband.


Moreover, for the get to be considered kosher, it must be given by the man of his own free will; it cannot ordinarily be forced. It is his decision, not the rabbis’ decision.

If an agunah flouts this restriction and marries civilly without a get and gives birth to a child, the child of that forbidden union may be stigmatized as a mamzer and, as such, be barred from marrying freely in a traditional Jewish ceremony anywhere in the world. No comparable penalty strikes a child fathered by a divorced or separated man who has not given his wife a get. This is the core of the problem. And this is the reason why some men hold out for – and get – astronomical sums of money to “buy” their free will.

“Women Unchained” tells the stories of five Orthodox women who are victims of their husband’s refusal to give them a get. Without resorting to hyperbole or hysterics, the filmmakers involve the viewer in the constrained rhythm of the women’s daily lives.

One works in the cafeteria of a Jewish day school to support her daughters, while waiting 10 years for her husband to release her. Another sits home alone at the computer shut out from joining a Jewish dating website because women who are divorced must have a get to be accepted. Another, a former victim of domestic violence whose father paid dearly to buy her get, tends her garden and tartly observes, “Each weed is a recalcitrant husband. Yank.”

Exposing the impact of get abuse on family members, the teenage daughter of one of the agunot asks why she should marry a Jewish man, if it might land her in the same situation as her mother. “I know I’m Jewish,” she says in a poignant scene, “but maybe I should just have a live-in boyfriend, so at least I’ll be able to be free.”

As personal sagas develop, narrator Mayim Bialik (a Ph.D. in neuroscience, though she’s better known for her roles in the television sitcoms “Blossom” and “The Big Bang Theory”) elegantly and with insight carries viewers on a journey that doesn’t flinch from describing the phenomena of domestic violence; get abuse; the traditional Jewish ban on reporting another Jew to secular authorities; Orthodox rabbinic inertia; hit men; and, in accounting-ledger detail, the “getonomics” that pinched the father of one agunah for $500,000 to buy his daughter’s freedom.

Lest one think non-Orthodox Jews are immune to these problems, the impact of the get issue on non-Orthodox Jews is deftly explained by Rabbi Seth Farber, who notes that if new olim want “to open a marriage file in Israel, they will have to provide certification from a recognized Orthodox rabbi.” A woman who’s been divorced will have to produce a get and in the case of the daughter of a woman who’s been divorced, “the rabbinate will insist on seeing an Orthodox get from the mother before they allow the daughter to open a marriage file.”

From the U.S. to Israel to Peru, unexpected twists and turns – some filmed in real time – bring the viewer to outrage as well as laughter out of disbelief. Nevertheless, this film does not leave us empty-handed or helpless. A clear statement is made to all marrying couples and their parents: A good Jewish marriage is one where the couple signs a prenuptial agreement for the prevention of get-refusal. It works.

There is nothing easy about dealing with the agunah problem. It’s extremely uncomfortable to talk about; it’s difficult to explain to the uninitiated; following the Jewish law that leads to the problem is confusing if one is not a Talmudic scholar; it’s especially incomprehensible to those who were born with the silver spoon of civil rights built in to their lives. 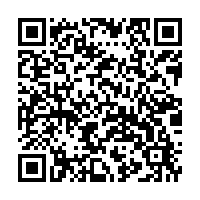