They’re usually especially friendly and charming. They often do plenty of public acts of chesed. This is done in order to look good and gain respectability and positions of authority – and unquestioned access to potential victims. And the fact is, they can do really nice things because they may actually be kind and intelligent people in some ways. But not in other ways.

Certain behaviors in which these otherwise “nice guys” engage can present an ongoing danger. As we know, people are not simple organisms; they are indeed quite complex. When we learn that someone we know and respect has committed a sexual offense, for instance, we tend to disbelieve the facts because that person has always appeared to be “so nice.” His altruistic behavior, whether mere cover-up bluff or sincere, leads us to vehemently deny his dangerous sexual depravity and refuse to see the truth, even in the face of clear evidence.


Wife beaters can also be gregarious and charismatic individuals who are respected members of their communities and above reproach. (Though as Rabbi Aryeh Kaplan wrote, “From the way a man treats his wife, one can know how he relates to the Shechinah.”)

Even our Torah is not safe in a trickster’s hands. It can be grotesquely distorted and twisted into a lethal weapon by individuals who cannot control their carnal cravings yet appear to be cloaked in religiosity. A perpetrator can easily espouse the view that he has much more Torah knowledge than a child, and this often can be an important factor in successfully grooming each of his victims.

Hard as it is to believe, lines like “God wants us to love everybody,” when proclaimed with strong enough authority, have been used to pressure naïve victims into thinking forbidden acts are beneficial. Bullying tactics employed by an offender’s supporters to try to obstruct justice afterward can also often have a religious veneer.

Sex offenders and other physically abusive criminals are very rarely caught. They know how to beat the system. They are also expert at finding unsuspecting (i.e., unprepared) victims who can be persuaded or threatened to not tell.

Awareness is essential – and effective. If parents are educated to better discern red flags and calmly discuss personal safety protocols with their children on a regular basis, then, God willing, we – and our children – will be misled less often.

We need to accept that perpetrators have been known to do tremendous chesed in their neighborhoods while destroying children’s lives behind closed doors. We need to face the fact that a community macher can have a violent temper he unleashes on his wife. We need to understand that as wonderful as our Torah lifestyle is, it can also be a well-sealed hiding place for dangerous problems that have been covered up and must be uprooted.

We need not be afraid to see what is lacking in the communities we care about most. Focusing on areas of concern in order to work toward their improvement demonstrates our deep love for this way of life. Denial is fraught with danger, on both an individual and collective level.

We are in critical need of a clearer understanding about when shemiras ha’lashon, guarding our speech, is appropriate. Remaining silent when innocent lives are in jeopardy should not be misconstrued as a mitzvah. We may have been led to believe that reporting these individuals to sex crimes divisions equipped to investigate such abuse constitutes lashon ha’ra or even worse, mesira. In fact, we are obligated to do what we can to guard those who are vulnerable by reporting offenders.

It is not only irresponsible but also ludicrous to hope our community members can effectively and on their own police these convincing tricksters, ensuring they have no contact with children.

We can fret about how much it tarnishes our image when perpetrators from our own communities are arrested – or, as we start to courageously deal with “our” predators, we can focus on the opportunity we have to truly be a light unto the nations by demonstrating we care about the safety of our children in an exemplary way.

Those who are kind to the cruel end up being cruel to the kind. Excusing and protecting sex offenders is the antithesis of Judaism. With increased awareness, we can begin to become more concerned about the welfare of the victim rather than that of the predator. Perpetrators are notorious at feigning quick repentance, but their recidivism rate remains extremely high. As nice as they may appear in some ways, and no matter how frum their mask may seem, our children still need to be protected from every one of them. 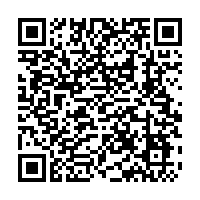