Let’s face it: it’s unusual and even somewhat bizarre nowadays to encounter a family with more than two children. It is almost as if a war is launched against the unborn after a “red line” of two or three children has been reached.

Instead of enriching our world with the unparalleled innocence and joy of children, we have impoverished it with various ways of contraception. It’s no wonder the birth ratio of our global population is rapidly deteriorating. In the United States, it stands at 2.11 children per family. Europe’s birth ratio is even lower: it currently stands at 1.38 children per family, and if not for the massive influx of immigrants from North Africa and the Middle East, it could have been much worse.


My wife and I were made aware of these shocking statistics after we were blessed with our sixth child a few weeks ago. “When are you going to stop?” many asked. “We really hope this is your last one,” others suggested gently, with a tone of affection and bewilderment.

Why has our society developed a mindset obsessed with birth control and family planning? Are we afraid of overpopulating the world? Have we become unsure of our ability to raise more than two children?

Bringing up children involves an enormous sacrifice of emotion, time, attention and financial resources. Every parent knows that when a child is born, a new environment is created in the home. The new arrival swiftly captures the center stage of consciousness. The focus of life suddenly shifts from “I” to “you,” from receiving to giving.

But in our society – where the “I” is idolized and the “you” is invariably abandoned – where does one find space for children and the sacrifice they require? Can the selfish man or woman become selfless and allow room for unborn children?

Perhaps there’s an additional reason for the reluctance of our society to procreate: It’s no secret that children intensify the love and commitment between spouses. When a husband and wife have children they learn to surmount their differences and unite in love and devotion for the sake of their offspring. As more children are born, the commitment only deepens, as every child becomes another binding factor.

Yet today, many prefer to shy away from this binding commitment due in large part to the unprecedented number of divorces around the world. Further, this crisis often raises doubt and ambiguity in the minds of many a husband and wife who wonder whether their spouse is really “the right one.”

“Maybe I should have married someone richer, smarter or stronger,” they fantasize. But if the marriage unit is not established as a fait établi, it will never be able to soar to new heights of love and commitment. For how can one build a towering edifice and an everlasting genealogical tree of blossoming branches and fruits without solid foundations of certainty?

“For this is what God says – He who fashioned and made the earth did not create it to be empty, but formed it to be inhabited” (Isaiah 45:18). Indeed, the purpose of creation was to inhabit the world and elevate it. The world is not complete without the habitation of man. And the world will only reach its ultimate purpose through the unique contributions of each and every human being.

This poignant idea was well articulated by the Talmud (Avodah Zarah, 5a): “The son of David will come [and the world will attain a state of completion and redemption] only when all the souls destined to [inhabit earthly] bodies will be exhausted.” So if a person is blessed with the health (physical, emotional and mental) and ability to procreate, how can he or she halt the future contributions of the unborn that will bring about redemption to the world? And would the world ever have evolved if the parents of our historical heroes had decided not to bear them? And would you, the reader of this essay, be here today if not for the unwavering faith and commitment of your parents to give birth and raise a personal hero of their own?

Woody Allen once said, “I do not want to achieve immortality through my work. I want to achieve it through not dying.” Alas, in the end, everyone departs this world. Of course, our inner souls, unaffected by death, will continue to live on forever in the World to Come. Yet there exists a way in which we can continue to have an impact in this world even after our passing: we can have children. Most human achievements come and go. But children have the unique power to carry our lives onward, until the end of time. 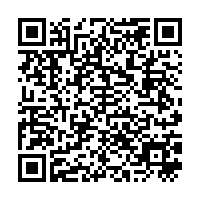