With the rise of Islamist regimes following the Arab Awakening, we are seeing an increase in religious repression across the Middle East. That repression was predictable had we only read the tea leaves of Islamist antisemitism.

Islamism is an all-encompassing political, religious, societal, and cultural philosophy which believes that all citizens derive their rights not individually from God but from their national leader’s interpretation of Islam enacted on behalf of God. Islamists, in effect, reject the Universal Declaration of Human Rights and instead enact the Cairo Declaration of Human Rights, which enshrines, among other supremacist Islamist doctrines, blasphemy and apostasy laws. Egypt’s ruling party, the Muslim Brotherhood, put this on full display during their recent public rejection of the UN Charter on Women as being “anti-Islam.”


We have for too long tacitly accepted the synergy between Islamism and antisemitism. Had we heeded the warning signs, we could have at least been prepared to confront head-on the ascendancy of Islamists across the region. We would have understood that we first need to empower our natural allies on the ground—liberals and anti-Islamists. The Obama Administration abandoned our friends of the Green Revolution in Iran in 2009 and now, again, in Egypt in 2011. Throughout history, antisemitism has long been the “canary in the coal mine” for threats against all people, all faiths, and liberty.

The demonization of Jews is not just another symptom from the radical fringe of militant Islamist groups. It runs much deeper across Islamist thought, and is in fact pathognomonic (distinctive of a disease) of a far more pervasive societal and tribal fascism also mirrored in the Arab secular left. Arab national socialist movements like the Baathists of Syria and Iraq, or the NDP of Egypt, share with Islamists a common dominant strain of antisemitic conspiracy theories and Jew-hatred.

Beneath Islamist antisemitism is a more dangerous pan-national global supremacism that exploits all minorities, whether Jewish, Christian, or atheist, or minorities from within the faith like the Shi’a, Ahmediyya, Isma’ilis, or dissenting Sunnis. Islamist run media like Al Jazeera provide the vehicle to plant conspiracy theories in the fertile minds of susceptible Muslims. Our challenge in the United States is to either help their antagonists, non-Islamist reformers, domestically transform that soil through alternative media—or we can sit back and watch the Islamists in Egypt (the Muslim Brotherhood), Tunisia (Ennahda), Saudi Arabia (Wahhabis), Iran (Khomeinists) or Pakistan (Deobandis) fertilize and till the hate-filled soil into an even greater imminent threat.

Make no mistake—the departure of Arab fascist dictators in the Arab awakening was a long overdue step forward. But we cannot expect dysfunctional tribal societies with rampant anti-Semitism, a dominant victim mentality, high illiteracy rates, and a deep seeded hate of western democracy to resemble genuine democracies. Already, the Muslim Brotherhood in Egypt is buckling down on free speech and blasphemy against Islam in a systematic fashion far worse than even under the authoritarian regime of Hosni Mubarak.

While Islamist movements are frighteningly popular, with support recently peaking at 35 to 40 percent of the Egyptian population, they are still not a majority movement. However, the antisemitic hate in Egypt is a majority sentiment. Islamists were able to come to power by finding common cause with otherwise divided secularists around the language of hatred of the West and of Jews.

A poll conducted in 2006 by the Pew Global Attitudes Survey revealed that “anti-Jewish sentiment” is endemic in the Middle East across faith groups. “In Lebanon, all Muslims and 99% of Christians say they have a very unfavorable view of Jews. Similarly, 99% of Jordanians, large majorities of Moroccans, Indonesians, Pakistanis and six-in-ten Turks also view Jews unfavorably.” This is a cultural byproduct of what is messaged in many Muslim news media, textbooks, literature, sermons, and entertainment. Turkey’s Prime Minister Tayyip Erdogan recently referred to Zionism as a “crime against humanity.” Meanwhile, Egypt’s Brotherhood finally allowed a documentary on the disappearance of the “Jews of Egypt” to be shown, after long being held up by government censors. 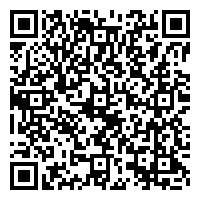