Enlisted soldiers and reservists from across the political spectrum expose the IDF failure in Judea and Samaria stone throwing and firebombing incidents: silence, ignoring reality, conflicting commands, entrenchment and escape.

“What you feel at the frontline is that they’re telling you, really, ‘Be a sponge, be a potted plant, just don’t make us look bad, don’t start fires.’ I can tell you that what happened to our company at this frontline is that people have undergone change. People have been educated into paralysis,” says Master Sergeant Y., 31′ who recently completed his reserves stint in an infantry battalion in Hebron.


The above testimony of a soldiers who has served at the Judea and Samaria front is not unique. It is part of several dozen testimonies accumulated in recent weeks by researchers for Makor Rishon from reserves soldiers and enlisted men, and they all tell a very similar story:

In hundreds of events of Arab provocation which frequently included stone and firebomb throwing at IDF soldiers, the IDF reaction has been silence, ignoring the provocations, entrenchment and escape.

The soldiers who were interviewed belong to the full political and cultural span: religious and secular, left and right wing.

When asked to describe their experiences at the frontline, they all used very similar expressions: “shame,” “humiliation,” “castration,” and “impotence.”

They spoke freely of situations where they ran away or hid from Arabs. “We went out to do a block and check between two villages at one in the morning,” M., 28, a company commander who did his reserve duty near Ramallah, recalled. “After 15 minutes in the field, we strated hearing whistles from the nearby village. We realized they were going to violate the public order. We were eight altogether, I was the chief. I knew it would take time to receive backup if we asked for it. I said, ‘It’s jot for us,” and we pulled out. We simply vanished. We ran.

“I came out of it nervous. I felt defeated. My soldiers told me, there we go again, fleeing the scene. IDF defeatism. I felt we had been brought out there as pawns in a game of chess, just to show up, not to act.”

Many soldiers argue that they aren’t being permitted to take care of violations of the public order, as well as of rock and firebomb throwing, while the number of these events keeps going up.

“You stand there like a dummy with nothing to do,” L., 25, a recently discharged Armor officer who served in Judea and Samaria related. “The policy is ‘Restraint,’ they call it ‘Containment,’ all kind of laundered words and nonsense. We are completely neutralized. We are soldiers with weapons, five magazines each, but our hands are cuffed behind our backs. We’re not permitted to defend ourselves at the most elementary level. How is it even conceivable that someone would raise his hand on an IDF soldiers and would get to remain standing, even smiling? But that’s the atmosphere right now.”

In recent weeks, enlisted and reservist IDF soldiers started a Facebook group called “Let the IDF Win,” whose goal is to educate the public and bring about a substantial change in the rules of engagement.

Senior IDF officers insist there’s nothing wrong with the rules of engagement, only in their application. Many agree that there is a great deal of confusion and misunderstanding, even defeatism, born by a permanent disconnect between the top brass and the fighting men and women on the ground. The most damaging component here is the threat of an investigation, should soldier react forcefully to Arab provocation.

“The spirit has changed,” L. explains. “There’s no longer an eagerness for action, for confrontation. Our feeling, as middle rank officers, is that even when action is called for, you’re better off not acting. If you do something, it’ll only end up with investigations and trouble.”

L. described a situation where an Arab “mooned” him right in front of his face. He says he felt humiliated, but when his soldiers urged him to shoot the Arab with a rubber bullet, preferably right in the “moon,” he told them to calm down.

“Because when the investigators ask me why I shot him, and I said it was because I felt humiliated, that’s not a good enough answer,” he explains. 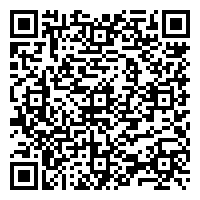