“What we’ve witnessed this week in Afghanistan is a watershed moment in Western decline”, Ayaan Hirsi Ali wrote. “America cares more about pronouns than the fate of Afghan women.”

You could see it from the Western diplomatic response after the Taliban conquered Kabul without firing a shot and arrived in the capital as tourists.


“The Afghan government should engage with the Taliban to reach an inclusive agreement”. Even before Afghanistan had fallen into hands of the Taliban, that intrepid EU foreign policy chief Josep Borrell was already begging the Afghans to reach an agreement with the Islamists.

The same day, the Associated Press was reporting what now awaits millions of Afghan women. In a park of Kabul, which was turned into a refuge for displaced people, girls returning home were stopped and whipped for… wearing sandals. Since then, there are reports of women being raped, sold to terrorists as sex slaves, murdered for not wearing a burqa, having their eyes gouged out, and girls as young as 12 being hunted door-to-door and “dragged out as sex slaves” or forced to marry fighters in the terror group. Associated Press added:

“Borrell warned that the Taliban would face non-recognition, isolation, lack of international support and the prospect of continued conflict and instability in Afghanistan if they take power by force and re-establish an Islamic Emirate.”

Oh, and if you think that for the West the Taliban are enemies, you would be wrong. Enemies? “I think you have to be very careful using the word enemy”, said the UK Chief of the Defence Staff General Sir Nick Carter. The Taliban, he explained, “want an Afghanistan that is inclusive for all” — the words of a surrender. Meanwhile, the French government is already busy listing its “conditions for recognizing the Taliban regime”.

“If you impose sharia law, we will no longer give you our money”, said Germany’s Foreign Minister Heiko Maas, who was also terrifying the Taliban. Six weeks earlier, Maas gave a heroic speech to the Bundestag on the imminent “orderly withdrawal of Nato troops from Afghanistan”, which also included the units of the German Army (Bundeswehr) stationed in Kunduz, a city conquered days later by the Taliban. Maas praised the efforts of the Germans, who “achieved something extraordinary in Afghanistan”. Ahh, yes: Extraordinary….

Born in the years of the Cold War, the German Army was the backbone of NATO forces in Europe. Today, it is Europe’s military soft underbelly. It is now “a quasi-humanitarian organization, a kind of Médecins Sans Frontières with guns”. Already at the end of April, the German Foreign minister had warned the Taliban that “Any help will depend on democratic standards”. Apparently unimpressed by the German threats, the Afghan mujaheddin began their march towards Kabul, while killing women, soldiers, interpreters, journalists and poets.

Britain, today less and less Churchillian, announced that “it will work with the Taliban if they take back power”, as Secretary of State for Defence Ben Wallace told the Telegraph.

Meanwhile, from the US, a strange request came from the Biden administration, according to the New York Times. American officials, not humiliated enough, were trying to obtain assurances from the Taliban that, in exchange for aid, they would not attack the US Embassy in Kabul. Ambassador Zalmay Khalilzad, US Special Representative for Afghanistan Reconciliation, “hopes to convince Taliban leaders that the embassy must remain secure if the group hopes to receive US financial aid and other assistance as part of a future Afghan government”.

Pope Francis, instead, asked for “dialogue” with the same people who had been busy in Lahore blowing up a playground and killing 70 Christians, many of them children, and bombing a church in Peshawar and killing 106 people.

“Please do not recognize the Taliban”, Afghan journalist Lailuma Sadid said in tears while begging Western leaders during a news conference with NATO Secretary General Jens Stoltenberg. New Zealand Prime Minister Jacinda Ardern had other priorities: she “implored” the Taliban to “recognize human rights”. “Helping the Taliban to help Afghanistan”, stated Gregor Gysi, the charismatic leader of Germany’s Left Party. “Why can’t we offer aid to the Taliban, on which women depend, and place conditions on these offers?”

A special fund for three million girls kicked out of school? Afghan feminists counted on the solidarity of their German colleagues. But the Green Party was apparently too busy deleting male politicians from official photos for their own feminist propaganda. Well, what about the Swedish army, then? It was busy waving the LGBT flag. Okay, what about the Australian army? It was fighting with Photoshop to delete the cross of its most decorated soldier from official photos. The Taliban would be so proud. They proclaim openly their war against “the Crusaders”. Meanwhile, the US military was busy teaching “critical race theory” at West Point. All great on the Western front …

“Show us that you have changed”, Western countries tell the Taliban. But they have not changed. Mixed classes have now been abolished by the Taliban, who consider them “the source of all evil.” The Washington Post reports that music has disappeared from Afghan cafes. The Afghanistan National Institute of Music, reveals the New York Times, is going to close, after years of training female musicians. The faces of women have already vanished from the capital’s shops. An Afghan journalist in Kabul told Outlook magazine that the Taliban have entered the gyms: “Don’t show your muscles, cover your body and grow a beard…” Journalists are already victims of the Islamic Emirate of Afghanistan.

The family member of a journalist from the Germany state-owned broadcaster Deutsche Welle was killed, and Christians have fallen into absolute terror. ” We’re hearing from reliable sources that the Taliban demand people’s phones, and if they find a downloaded Bible on your device, they will kill you immediately”, related SAT-7. Americans are being beaten by the Taliban. Intelligence agencies now fear a scenario like Iran’s taking of US diplomats as hostages in 1979.

“Taliban, the world is watching you”, warned an audacious Nancy Pelosi, while the State Department officially asked the Taliban to form an “inclusive government”, as if they were talking about a “safe space” in one of those crazy American university campuses.

After Kabul’s fall, the EU’s foreign policy representative, Josef Borrell, came up with another idea: after the Afghan unity government was born dead, Borrell invited the Taliban to “dialogue”.

At the same time, the former Minister of Finance of Greece, Yanis Varoufakis, was celebrating the American defeat:

“On the day liberal-neocon imperialism was defeated once and for all, DiEM25’s thoughts are with the women of Afghanistan. Our solidarity probably means little to them but it is what we can offer — for the time being. Hang in there sisters!”.

A spokesman for the German Ministry of Defense spoke about the responsibility of getting Afghan personnel out of Kabul: “We did not force them to collaborate with us”. That was perhaps the pinnacle of moral depravity. The most honest was the former British Ambassador to Kabul, Nick Kay, who confessed to the BBC: “I hang my head in shame”.

While the capture of Kabul will be a tornado for radical Islam around the world, in the so-called “free world” there is the thick, unhealthy air of betrayal. As a Taliban leader said last week to CNN, “Jihad will come not only in Afghanistan, but all over the world”.

Hang in there Westerners! 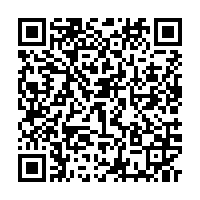