Shmueli was helping to protect Israel’s border with Gaza about a week ago when a Hamas terrorist shot him in the head at point-blank range. He was airlifted by helicopter to Soroka Medical Center, a Level One Trauma Center, in Be’er Sheva.


The 21-year-old fighter underwent multiple surgeries as doctors fought to save his life but remained in critical condition until he succumbed to his wounds Monday (Aug. 30).

“We are very saddened to announce the death of Border Police fighter Barel Hadaria Shmueli, who was evacuated to the hospital about a week ago, after being shot in the head on the Gaza Strip border,” said hospital spokesperson Jasmine Amos.

“The medical staff fought for his life and he underwent several surgeries during his hospitalization. Despite the many efforts and due to the serious injury, the medical staff was forced to determine his death.”

“We share the heavy grief of the family,” she added.

Shmueli’s fellow fighters and those who command them likewise expressed their grief at his death.

“The Border Police bow their heads in memory of the late Sgt. Barel Hadaria Shmueli, who fell during an operation in the northern Gaza Strip,” the force said in a statement.

“The late Barel enlisted in the Border Guard Police and trained with the fighters in the March 2019 cycle. During his service in the unit, the late Barel participated in a sniper course and served as a sniper. The fighter has been involved in dozens of counterterrorism activities and the fight against serious crime in the southern sector.

“On Saturday, August 21, as the late Barel manned a position at the security fence along the northern Gaza Strip, the force encountered gunfire from the Gaza Strip and [he] was fatally wounded. He was taken to Soroka Medical Center. After about a week of fighting heroically for his life, and after Soroka’s medical staff fought alongside to save his life, he was pronounced dead.

“The late Barel was a resident of Beer Yaakov; he left behind a mother, father, two sisters and a brother. May his memory be a blessing.”

President Isaac Herzog mourned the fighter in a brief statement announcing he had succumbed to wounds suffered in the line of duty on the Gaza border.

“I am saddened and deeply pained by the passing of the Border Police officer Staff Sgt. Barel Shmueli, of blessed memory, who fell in the line of duty,” Herzog said.

“Over the past week, I have been in continuous contact with his mother, Nitza, and together with the whole People of Israel we prayed for his recovery. My wife Michal and I embrace his family and share in their heavy grief over the passing of such a beloved, dear son. May his memory be a blessing.”

“I was deeply saddened to receive the bitter news about the death of Border Police St.-Sgt. Barel Hadaria Shmueli, who fell defending Israel’s security.

“There are no words sufficient to comfort the family in its deep mourning.

“Barel was a fighter in his life and in his death. He fought for his life until the last moment, as all Israel prayed for him.

“I would like to embrace the family, which has lost what was most precious to it.

“May Barel’s soul be bound in the chain of life.” 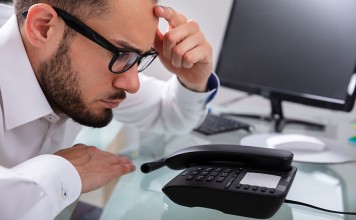 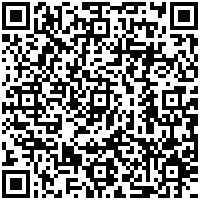