The pipeline extends from the Gulf of Aqaba on the Red Sea to the Mediterranean Sea. It was originally built in 1968 to transport crude oil originating from Iran inside Israel and to Europe.

Approximately 100 cubic meters of fuel were leaked from the pipe, contaminating some 800 tons of soil surrounding the area.

The company removed all the contaminated soil from a 3,000 square-meter site.

The company carried out engineering operations overnight to replace the leaky section of the pipeline.

“This is a very serious incident which once again illustrates how dangerous and harmful the transportation of fossil fuel in the heart of the State of Israel can be,” said Environmental Protection Minister Tamar Zandberg (Meretz) said.

“This incident underlines that mishaps happen all the time, and that it is strictly forbidden to allow malfunctions to occur in close proximity to sensitive areas, on land or at sea, such as near a coral reef of global importance,” she said.

“We will examine the circumstances of the incident and act to enforce proceedings with the company as required,” she added.

Disruption Could Jeopardize Relations with UAE
In September 2020, after the signing of the historic Abraham Accords, Israel reached a preliminary agreement with the United Arab Emirates (UAE) to transport Emirati oil from the port of Eilat in the Red Sea to the company’s terminal in Ashkelon on the coast of the Mediterranean, through the land-based Trans-Israel oil pipeline.

Environmental organizations and activists raised an alarm over the agreement, however, contending they posed a threat to the corals in the Red Sea and would endanger the health of the residents of Eilat, Ashkelon and Ashdod.

Among those opposing the project were former and current environmental protection ministers, local coastal authorities, a coalition of some 20 environmental organizations, the Israel Nature and Parks Authority, and individual scientists as well as residents of Eilat.

“The RED-MED agreement between Israel’s EAPC and the United Arab Emirates will bring dozens of huge oil tankers to Eilat and Ashkelon every year and transport oil along the Arava and Negev regions, putting the area at risk of oil spills and contamination,” read a petition against the project. “It will pollute the air in Eilat, damage public health and negatively affect the water qualities that are crucial for the protection of the corals.”

Zandberg is believed to support those who oppose the Israeli-UAE pipeline project.

However, the company dismissed the concerns of opponents during a hearing at the High Court of Justice that the petition filed in May by environmentalists had “no factual foundation” and that a risk survey had determined the environmental damage threat to be negligible.

The petitioners charged that the Memorandum of Understanding (MOU) signed in October 2020 by the EAPC with the United Arab Emirates should be made null and void because it had not been open for consultation with experts and the public.

However, the company argued that as a government firm, it is not required to report to or receive approval for its agreements from government ministries “other than those which supervise its activity by law.”

A disruption in the oil pipeline agreement between Israel and the UAE would likely also cause a signification diplomatic disruption between the two countries.

Rocket Fire and Oil Spills
The project has been hit by more problems since then as well.

Rocket fire from Gaza struck an oil tank near the pipeline during the 11-day Operation Guardian of the Walls mini-war in May this year between Israel and Gaza’s ruling Hamas terrorist organization, which is backed by Iran.

The rocket fire ignited a large fire in the tank owned by the EAPC. It was unclear how much oil was in the tank when it was hit, but the fire continued for more than a day.

The Trans-Israel pipeline was damaged in a rocket strike earlier, currently burning. pic.twitter.com/r3fiUiKo3h

Oil Spills in Past Decade
This is not the first time the pipeline has sprung a leak: last October (2020) a section of the pipeline broke about three kilometers off the coast of Ashkelon, resulting in enough oil pollution to spark an investigation by the Environmental Protection Ministry into the circumstances surrounding the crude oil spill.

A ministry team led by National Marine Protection Unit Director Rani Amir worked with company crews to repair the break in the pipeline, which had leaked several cubic meters of crude oil due to a malfunction in the pipeline’s emergency disconnection mechanism.

The team sealed the pipe and began treating the leak with a chemical spray designed to disperse and dissolve the oil at sea.

State prosecutors last year notified the company and five of its current and former officials there would be a hearing into the circumstances behind a massive December 2014 oil spill in the Evrona Nature Reserve.

State prosecutors vowed to prosecute the company and its officials for aggravated water pollution, illegal disposal of hazardous waste and other environmental violations. 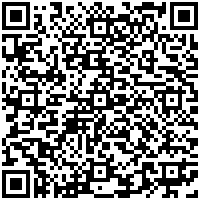