A conversation between God and the angels is recorded in Tractate Rosh Hashanah:

Angels: Why aren’t the Israelites singing Hallel (psalms of praise) on Rosh Hashanah and Yom Kippur?

God: The books of Life and Death are open before Me, and you want them to sing?

In this conversation, the Angels appear to have forgotten which Holidays we’re discussing, expecting these serious Days of Awe to be days for singing and happiness.

The following sports metaphor should help us understand the Angels’ question:

The great Patriots’ coach Bill Belichick, who has lead his team to many Super Bowl appearances, five as a head coach and three more as defensive coordinator, is arriving in July for the team’s first training mini-camp. His basic goals is to get the team ready for the new season by setting their sights on another Super Bowl, introducing the play book, and instilling the discipline necessary for a winning team.

The latter would include a commitment to adhere to the coach’s direction. Coach Belichick is known for his “New England way”: team success over individual success, thorough preparation, shutting out distractions, and looking no further than the next game, or, as Coach Belichick puts it: “We just gotta’ get ready for next week.”

Now think about it: how does the team feel when their great coach arrives at that mini-camp? Obviously, they’re glad he’s arrived, and anticipate getting ready for another championship run.

The ten day period from Rosh Hashanah until Yom Kippur are similar: God, our great, respected ”coach,” starts our year by ”joining us” for ten days with the goal of getting us ready for another ”Super Bowl season.” He wants to direct our attention 1) towards that goal2)towards focusing on the ”play book” (the Torah) and towards the recognition of God as our absolute ”coach,” who we must adhere to in order to ”win.”

So the Angels correctly ask why we’re not joyfully singing Hallel as God ”arrives” at the beginning of our year-we certainly are ecstatic upon his arrival and much anticipate ”kicking off.”

Let us begin our year on the right foot towards another Super Bowl season. 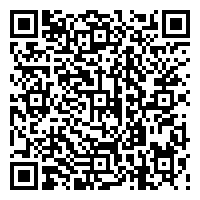