The news that three recently captured Palestinian terrorists are dentists has been greeted with chuckles and smirks. It’s not what one expects. A man-bites-dog kind of story. Late-night television talk show hosts will probably get some joke material out of it.

But before laughing and turning the page, it might be worthwhile to take a moment to consider the deadly serious implications of this peculiar story.

For many years, supporters of the Palestinian cause, especially in the mainstream media, have pushed the idea that poverty causes terrorism. That explanation was convenient for several reasons. First, it pins the blame for terrorism on Israel. In other words, if Palestinians resort to violence because they are “desperate” or feel “hopeless,” then Israel’s policies can be blamed for making them feel that way. Second, attributing terrorism to poverty offers an easy solution: give the Palestinians lots of money, and terrorism will stop.

This, in fact, is the entire premise of U.S. aid to the Palestinians. The Palestinian Authority receives $500 million in American taxpayers’ money each year and an astonishing $11.5 billion since 1993. Imagine the better uses that money could have been put to.

Earlier this year, a Washington Post correspondent reported, with surprise, that the latest Palestinian suicide bomber in Jerusalem “doesn’t fit the profile of a desperate Hamas operative” because he was affluent and educated. Abdel Hamid Abu Srour’s uncles “are prosperous merchants…. He did not grow up in a refugee camp. He went on shopping trips to Jordan.”

Relatives described Abu Srour as “a Palestinian preppy, the scion of a well-to-do and well-known clan of eight prosperous brothers, who own and operate a string of furniture outlets and are rich enough to take their young sons for holidays in Jordan and set them up with their own shop selling clothes.”

The Abu Srour case is reminiscent of the arrest last year of Ayman Kanjou, another stereotype-busting terrorist. If you think Palestinian terrorists must be young, unmarried men who have little to lose, meet Mrs. Kanjou: a middle-aged Israeli Arab woman with five small children, who was caught crossing through Turkey on her way to join the ISIS terrorists in Syria.

She comes from a “respected” family (according to Israeli prosecutor Shunit Nimtzan). She is a college graduate (Al-Azhar University in Cairo), which cannot be said about many Muslim women. And she has a Ph.D.! She had $11,000 in cash with her on her way to join ISIS (doesn’t sound like poverty to me). Surely she was alienated from her family, a rootless malcontent in search of belonging? Not quite: her father, age 74, actually accompanied her on the trip.

In fact, if you go back and look at other major terrorist cases in past decades, you’ll find a similar phenomenon. Recall the 415 Hamas terrorists whom then-Prime Minister Yitzhak Rabin deported to Lebanon in December 1992, after a series of terrorist attacks against Israelis. The Chicago Tribune reported at the time that “many” of the deported terrorists were “businessmen, academics, lawyers, [and] doctors.” Likewise, the co-founder and longtime leader of Hamas, Abdel Aziz al-Rantisi, was a practicing
pediatrician. By day, he treated Palestinian children. By night, he organized the murder of Israeli children.

Now we have the terrorist-dentists.

A 36 year-old Palestinian dentist named Dr. Samer Mahmoud al-Halabiyeh was arrested by the Israeli authorities, after he was discovered to be the head of a terrorist cell which carried out the May 10 attack in which one Israeli was seriously wounded. Other members of the cell included his brother, a 42-year-old dentist named Dawoud Alhabiya, and a third dentist, Daganeh Jamil Nabhan, age 36. The three dentists were found to have a stockpile of 56 bombs they were planning to use to murder and maim Israelis.

They’re not desperate teenagers. They had no reason to feel “hopeless.” On the contrary: they were gainfully employed and could look forward to a secure and comfortable future. But, like all Palestinian terrorists, their ideology is more important to them than their personal financial status.

A New Lease on Life for the “Jewish Nose” Lie 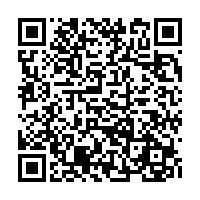