I’ve received so many letters over the years about the intolerably loud music at simchas (joyous occasions). One that sticks in my mind was from a grandmother who expressed concern at the high decibel level of the music at these functions, which she felt could be injurious to people’s hearing, especially infants who are often brought along by their parents.

She also expressed annoyance that the loudness of the music prevents people from holding conversations and often forces them to go into the lobby in order to communicate with friends and family.

I am not a physician, nor am I knowledgeable about audiological problems, so I will leave comment on those areas to professionals. But I do feel it is important to comment on the lack of derech eretz  – respect for the feelings of others.

When I shared that grandmother’s letter with readers some years ago, I was deluged with letters and e-mails from people who agreed with the grandmother.

Several medical professionals wrote in to confirm the grandmother’s point about the high decibel levels.

Most often, this problem is generational. By and large it is young people who favor this cacophonous, loud music – while mature adults, the elderly, and toddlers and infants find it unbearable.

Innumerable grandparents have confided to me that they anticipate family simchas with delight so that they can get together with relatives and friends and reconnect with them, and that they are especially pleased when they are all seated at the same table. To their dismay, however, they invariably discover that the extremely loud music inhibits them from making conversation.

Not only does this type of music give them a headache, it actually forces them out of the simcha room, consigning them to an often drafty, uncomfortable hallway. On the other hand, should they choose to remain seated at their table and attempt to talk, they have to deal with yet another problem – their vocal chords can become strained by the effort it takes to talk over the music.

There is yet a third option to which wedding guests can resort, and that is to smile, nod their heads, and pretend they hear their neighbors.

Obviously, not one of these choices is an acceptable one.

Perhaps we should trace the roots of this bombastic music. Certainly our zeidies and bubbies never indulged in it. The music at their simchas was joyous and elevating but never reached the offensive decibel levels so popular in our day. This sort of music has roots in a culture that is not Jewish and does not reflect our way.  Some might of course argue that years ago they did not have the technology to amplify music as we do today, to which I would respond that you don’t need technology to make horrifically loud music.

Early Indian tribes, with a primitive culture and lifestyle, found ways to create loud music through which they believed they were able to banish “evil spirits.” Could it be that contemporary man, in trying to escape reality, resorts to this very loud music in order to shut out the real questions of life: Who are you? What do you represent? What are your goals in life?

Could it be that we, like the Indians of yesteryear, are attempting to banish the insanity in our society and have forgotten the sweet sounds of the music that was once reflective of our simchas?

I must add that this intolerable noise is not limited to weddings or bar mitzvahs but assails us everywhere. It can come from a car in a parallel lane in which the driver believes he has license to inflict his obsessions on others. Many of our young people have become so addicted to this music that they are never without the technological gadgets that saturate them with this sound.

In the interim, I hope and pray that the day will speedily come when we will hear the joyous music of chassan and kallah that emanates from Yerushalayim and brings gladness to all hearts. 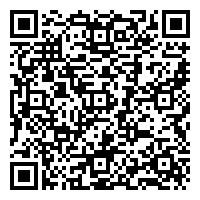