During the war in Iraq, when I was still living in London and coordinating news coverage of the overthrow of Saddam Hussein for various international media organizations, I was in regular contact with a brave Iraqi Kurdish journalist named Ayub Nuri. When Ayub and I finally met in person, several years later in New York, we spent a couple of hours talking about the region generally, and specifically about whether Israel had a natural ally in the Kurds.

So it was with some pleasure that I recently came across an interview with Ayub in which he said the following: “Kurds are deeply sympathetic to Israel and an independent Kurdistan will be beneficial to Israel. It will create a balance of power. Right now, Israel is one country against many. But with an independent Kurdish state, first of all Israel will have a genuine friend in the region for the first time, and second, Kurdistan will be like a buffer zone in the face of the Turkey, Iran and Iraq.”


Think about the meaning of those words, “a genuine friend.” In this context, it means a country in the region that not only respects Israel’s right to exist as a Jewish state but also actively seeks to strengthen mutual bonds. A country whose population is overwhelmingly Muslim but secular in political orientation, and one where the anti-Semitism that dominates elsewhere in the Islamic world is strikingly absent. Kurdistan actually is what many Jews mistakenly supposed Turkey to be: a Muslim-majority state with no ideological or theological objections to the idea of Jewish national self-determination.

Unlike the Palestinians, whose objections to Israel’s very existence have stymied repeated attempts to create a Palestinian state, the 30 million Kurds have never enjoyed similar international backing in their quest for independence. Instead, they have been repressed and even exterminated by the regimes in the countries in which they are concentrated: Turkey, Syria, Iraq, and Iran. But thanks to the U.S.-led victory over Saddam, who launched a genocidal war against the Kurds in the mid-1980s – including the 1988 murder of around 5,000 mostly women and children during a chemical weapons attack on the town of Halabja – the Kurds were able to consolidate a Kurdistan Regional Government (KRG) in the north of the country.

Over the past decade, talk of Kurdistan splitting from Iraq has continually surfaced. Many Jews, moved by the shared experience of our two peoples of genocide, and sympathetic to the fact that the Kurds have been the victims of Arab chauvinism in both its nationalist and Islamist forms, have supported such a move on moral grounds. Yet we shouldn’t forget that this is one situation in which, happily, moral considerations fit neatly with strategic ones.

As of this moment, the Kurds have little reason to hold back from declaring independence, as they have done in the recent past. For as long as the U.S. was seriously engaged in Iraq, and helping to guarantee de facto Kurdish control of the oil-rich north, the KRG was wise not to upset the delicate balance by making a move that would have caused a major headache for American relations with Turkey and other neighbors. Now, almost three years after President Obama withdrew American troops from Iraq, the Kurds are rightly skeptical that Washington will assist them in confronting the predators around their territories.

More and more the Middle East looks like a failed region rather than a collection of failed states. The obvious winners are jihadi groups like ISIS –the Islamic State of Iraq and the Levant, one of the most brutal Islamist terrorist organizations we have encountered to date – and the Iranian regime, which has exploited the general meltdown to boost the Assad regime in Damascus and the Hizbullah terrorists in Lebanon and Syria (and whose murky relations with the jihadis are closer than many people understand). Meanwhile, the Americans are stoking the sense that nothing short of a repeat of 9/11 will reverse their determination to wash their hands of this wretched region. 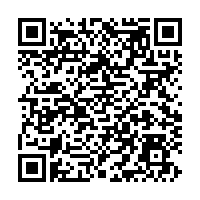