It was just two years ago that the two contenders for the Democratic presidential nomination engaged in a furious exchange over Israel and Gaza. In a debate that took place shortly before the New York primary, Vermont Sen. Bernie Sanders denounced Israel’s conduct in the 2014 Gaza war as “disproportionate,” while Hillary Clinton defended the conduct of the Jewish state. It was one of the few substantive policy disagreements the two liberals had during a campaign in which Clinton continually drifted to the left to match Sander’s populist insurgency.


The memory of that contentious moment was brought to mind this past weekend when Sanders again attacked Israel for its efforts to repel a violent “March of Return” organized by the Hamas terror group. His stand is significant not just because of the possibility that he will again seek to lead the Democrats against President Donald Trump in 2020, but because it’s not clear whether most members of his party share such sentiments.

If so, that could be the downside of having an administration that, in contrast to the one which preceded it, has Israel’s back in a crisis.

It’s easy to imagine what a Sanders administration would have done in response to the Hamas march had the senator been elected in 2016. It’s likely that it wouldn’t have been all that different from the way the Obama administration reacted to the Gaza war in 2014. While supporting Israel’s right of self-defense in theory, the president and other members of his government also spoke of Israel’s counter-attack against Hamas rocket fire as “disproportionate,” and at one point even held up an arms’ re-supply effort to place pressure on the government of Israeli Prime Minister Benjamin Netanyahu to back down.

The contrast with the Trump administration’s reaction to the violence was telling. The White House expressed sadness about the loss of life as Hamas sent its operatives and human shields (including women and children) to attack the border under the cover of a march whose purpose—their so-called “return”—was Israel’s destruction. But there was no equivocating about blame or the Jewish state’s right to defend itself. At the United Nations, U.S. Ambassador Nikki Haley vetoed an “even-handed” Security Council resolution that called for an investigation of Friday’s events—one that Obama or a left-wing Democratic successor might well have supported.

Similar to his recognition of Jerusalem as Israel’s capital and his criticism of the Iran nuclear deal, Trump is willing to have the Jewish nation’s back at a time when many in the international community are ready to throw it to the wolves. That illustrates the difference between him and his predecessor. At the same time, it also raises the question about whether Israel will ultimately pay a price for being so closely identified with Trump at a time when Democrats are increasingly defining themselves as the “resistance” to his presidency.

Among left-wing activists who form the Democratic base—and who will play the largest role in deciding which candidate will lead the party in challenging Trump in 2020—the situation is somewhat different.

That’s why there are some who fear that Trump’s pro-Israel stance will lead to the Jewish state being seen as an appendage of the administration. Consequently, that could result in a loss of support among Democrats and set in motion a chain of events that will lead to a dramatic reversal of fortune for the Jewish state if, as most liberals assume, their party takes back Congress in November and the White House two years later.

Are those fears realistic?

It’s likely that Sanders won’t be the only liberal bashing Israel this year or in 2020. Moreover, no one should underestimate the influence of the mass protest movements that are fueling the “resistance.” The willingness of the Women’s March leadership to embrace those who support an anti-Semitic hate-monger like Louis Farrakhan and oppose Israel is significant. So is the fact that, for all of the outrage generated by the stands of Tamika Mallory and Linda Sarsour, there is no indication that liberals will be shunning their group in the future.

A belief in intersectionality—in which a grab bag of causes, including necessary demands for an end to sexual harassment are lumped in the Black Lives Matter movement and the Palestinian war against Israel—is generally accepted on the left. Democratic activists are more likely than most Americans to wrongly view events like the Hamas-organized Gaza march as somehow analogous to their anger at Trump. That means it is entirely likely that in 2020, that Clinton-Sanders debate about Israel will be played out again, but with every chance that the more moderate pro-Israel candidate won’t come out on top.

Even if that were true, the idea that pro-Israel activists should be nervous about or even reject Trump’s willingness to embrace Israel and defend it in a way that President Obama would never have done is absurd.

As the recent AIPAC conference illustrated, plenty of pro-Israel Democrats who despise Trump and his policies don’t see his administration’s reversal of some of Obama’s Middle East stands as a problem. Indeed, many in the party who sided with Clinton hoped that if she were elected, her administration would have been more favorable to Israel than Obama. Polls have shown that Democrats are split on Israel, while Republicans are nearly unanimous in supporting it. However, the party’s congressional caucus is for the most part very supportive of Israel, and given the fact that Americans in general remain overwhelming in favor of Israel, especially in contrast to their attitudes about the Palestinians, that isn’t likely to change.

Say what you will about Trump and his many defects, but with respect to Israel, he is merely doing what the overwhelming majority of Americans want, as well as acting in the interests of the United States to stand by its sole democratic ally in the Mideast. If the Democrats wind up nominating a left-leaning candidate who will revert to Obama’s more critical stance or even go further as Sanders has done, that will be distressing for friends of Israel. But it will also be bad politics for the Democrats. 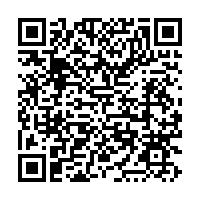