Responding to a recent letter by Hamas’ Political Bureau Chief Ismail Haniyeh, the Supreme Leader of the Islamic Revolution Ayatollah Seyyed Ali Khamenei on Wednesday condemned “certain Arab countries in the region as well as their evil plots,” saying that “moving toward negotiations with the deceptive, occupying and liar [Zionist] regime is a big unforgivable sin.”

“Nowadays, when intensification of the Zionist regime’s tyranny and atrocities in Gaza has angered the sympathizers of Palestine, I deem it necessary to underscore once again Iran’s all-time stance on this major issue which is on the top of the problems facing the Islamic Ummah (nation),” Khamenei said.


Iran’s strongman was responding not just to the Hamas leader’s letter, but also, most emphatically, to an interview Saudi Crown Prince Mohammed bin Salman gave The Atlantic’s Jeffrey Goldberg on Monday, in which he said, “I believe that each people, anywhere, has a right to live in their peaceful nation. I believe the Palestinians and the Israelis have the right to have their own land. But we have to have a peace agreement to assure the stability for everyone and to have normal relations.”

Goldberg asked: “You have no religious-based objection to the existence of Israel?” The prince responded: “We have religious concerns about the fate of the holy mosque in Jerusalem and about the rights of the Palestinian people. This is what we have. We don’t have any objection against any other people.”

Goldberg then noted that Saudi Arabia has produced a lot of anti-Semitic propaganda, and asked: Do you think you have a problem with anti-Semitism in your country?”

The prince answered: “Our country doesn’t have a problem with Jews. Our Prophet Muhammad married a Jewish woman. Not just a friend—he married her. Our prophet, his neighbors were Jewish. You will find a lot of Jews in Saudi Arabia coming from America, coming from Europe.”

Goldberg asked if the fear of Iran’s expansionism is bringing Saudi and Israel together, and wondered, “Without Iran, could you imagine a situation in which you had other interests in common with Israel?”

The prince responded: “Israel is a big economy compared to their size and it’s a growing economy, and of course there are a lot of interests we share with Israel and if there is peace, there would be a lot of interest between Israel and the Gulf Cooperation Council countries and countries like Egypt and Jordan.”

It’s as close as an Arab leader can get to recognizing Israel before signing on the dotted line of an actual treaty. It’s no wonder the Iranians are outraged – with the leader of the Sunni world getting this close to a pact with the Zionists, their own vows of destroying the same Zionists now sound hollow – more a Shiite predilection than a full-out religious war.

To which an enraged Ayatollah Khamenei responded, saying that “restoring the dignity and power of the Islamic Ummah is contingent upon resistance against the arrogance and its evil plots and the issue of Palestine is at the top of all Islamic international affairs in the face of the arrogant powers.”

Can’t argue with that. 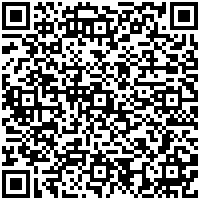