The ability to maintain a pleasant and peaceful relationship with in-laws is of the greatest importance for the young couple entering marriage. The more you understand the in-law relationship, the more likely you will achieve happiness in marriage.

Most parents are just as interested in the success of the marriage as are the children. But if the goals are the same, why do we have so much conflict? If we are going to understand the in-law conflict, we must first reflect on the family life pattern. The mother is wrapped up in the children from the time they are born until they leave home. As small children, she looks after their every need. To them she represents security. Although a father is in the home, he is usually more occupied with making the family living and is not so closely as­sociated with the children. It is normal for children to feel a measure of dependence upon the mother. Even under the best family guidance, most people have not been completely weaned psychologically when they marry.


We can’t expect a pattern, which was built up over a period of 20 years, to disappear with a wedding. After the wedding, many mothers continue to give help­ful suggestions to the son, and in turn the son will con­tinue to seek advice from his mother. The same pattern will be found in the wife’s family, except that her perception of his relationship is not the same as hers. Now here is where the problem begins!

Since the wife is striving to establish herself in her new status, she may feel resentful and insecure of his close relationship with his mother, whom she now perceives as the one who holds the dominant place in her marriage. There’s an element of jealousy or at least a competitive attitude that she finds difficult to dis­cuss. After all, how do you explain the concept of two women “fighting” over the same man! The wife would like to set better boundaries with his family of origin, but does not know how.

Comments to a third party, such as “He always goes to his mother” or “He always listens to his mother,” are not well received by the husband. The partner is often put in a position of having to choose sides. An emotional separation is about to take place between mother and son, which takes time and special consid­eration. Failure in clarification will lead to misunder­standing and distortion.

Many mothers experience a crisis in their lives when children marry and leave home. What is commu­nicated to the mother and daughter-in-law is often ver­bally misunderstood or distorted. The mother offers her help in hope for a close relationship with her new daugh­ter-in-law. The daughter-in-law may view this help as either parental interest or as interference. This mis­communication will often cause distance, separation, and a negative in-law communication cycle to begin.

The chief function of Pre-Marital Counseling is prevention. There are four steps in preventing in-law conflict so that a negative in-law communication cycle does not occur;

1. Give your future in-laws the benefit of the doubt

2. Look for positive qualities in your future in-laws

3. Give your in-laws time to adjust

4. Let in-laws know that you appreciate them.

CPC – Center for Pre-Marital Counseling, is endorsed by Rabbi Pikus of COJO of Flatbush, and leading rabbonim and Torah authorities in the NY community.

Moishe Herskowitz MS., CSW, is a marriage counselor and maintains his private practice in Brooklyn as founder of CPC. He is an educator, lecturer, consultant and adjunct pro­fessor at Touro College. He is the counseling coordinator for Career Services at Touro College and the At Risk Center in Brooklyn. Moishe is presently working as a licensed guidance counselor for the NYC Board of Ed. in Special Education. For more information or to obtain a free brochure, please contact Moishe Herskowitz at 435-7388 or at CPCMOISHE@aol.com. 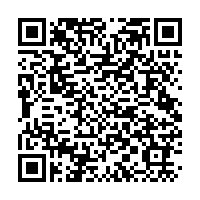