A number of years ago one of my grandsons came from Israel to Brooklyn to live with me.

He was a teenager and knew very little English. I knew that I had to get him into a school or else he would end up on the street and that was unacceptable. But there really weren’t any Yeshivas that were willing or able to accept him. He was a good boy and very smart, but one had to dig deep to find that.


And then I heard of a small Yeshiva, Yeshivas Simchas Chaim, that was run by Yoni Hikind and some Rabbanim, for boys that didn’t seem to fit anywhere else.

I immediately took my grandson to him. Yoni and the Rabbanim spoke to my grandson, and in spite of himself, he found himself liking what he heard and liking Yoni. I drove him to school every day and gradually he wanted to go and told me that I didn’t have to drive him anymore, he could go himself.

He excelled in math though he had lacked basic skills when he started out, and he learned English and could speak it and eventually could read it, but best of all was the open door policy that Yoni had.

Whenever my grandson needed to speak to someone he knew that Yoni would listen and be non judgmental. When he was invited with a number of other students for a Shabbos meal at the Hikind home, he was proud and happy to be included. And so he put his mind to his studies and passed tests and I could see many changes in him.

The motivation that my grandson got from Yoni Hikind lasted and today Baruch Hashem, he is back in Israel and succeeding at whatever he sets his mind to accomplish. 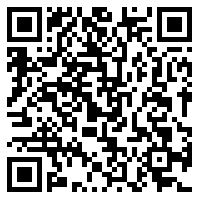