Abbas was in Cairo to meet with Egypt’s President Abdel Fattah el-Sisi when he got the call. His Palestinian Authority’s leading Fatah faction, which he also heads, is in the midst of reconciling with Gaza’s ruling Hamas terrorist organization in order to form a unity government. But Hamas has also been strengthening its ties with Iran, and as recently as last week sent senior officials to Tehran.


Hamas politburo deputy chief Saleh Al-Arouri said in an interview on Iranian Al-Aram TV, translated by the Middle East Media Research Institute (MEMRI) that, “We and our brothers in Iran share solid ground on which we can always build and develop our relationship.”

Saudi Arabia has promised its ally, the United States, it will fight Iran’s attempts to create chaos in the region, which seems to be escalating daily.

On Saturday, then-Lebanese Prime Minister Sa’ad Hariri, a Sunni Muslim, appeared on Saudi Arabia’s official Al Arabiya satellite television network to announce his resignation, blaming Iran for the decision. Hariri said his escape came in response to a foiled assassination attempt, and warnings of another plot to kill him. He accused Iran of sowing chaos and destruction in the region.

Also this weekend, the Saudi heir to the throne carried out a massive purge just hours after being appointed to head an anti-corruption committee established by royal decree. Eleven princes, four sitting ministers and dozens of former government officials were arrested in the sweep, including one of the wealthiest men in the world, the head of the nation’s Navy and the head of the Coast Guard.

The sweep sent shockwaves across the kingdom as the Crown Prince continues to consolidate his power, with the support of King Salman.

Also on Sunday, senior Saudi Prince Mansour bin Muqrin, the deputy governor of Asir province, and seven other officials were killed in a helicopter crash near the country’s border with Yemen, around Abha, while returning from an inspection tour.

Prince Mansour was the son of former intelligence chief Prince Muqrin bin Abdulaziz, who served as crown prince from January to April 2015. King Salman displaced him from that position.

The Saudi Interior Ministry has not given a cause for the crash; however, on Saturday night an Iranian ballistic missile fired by Houthi rebels in Yemen was intercepted over Riyadh airport.

The Saudi-led coalition supporting Yemeni government forces has accused Iran of supplying the missile and said the Houthi attack may constitute an Iranian act of war, according to the BBC. 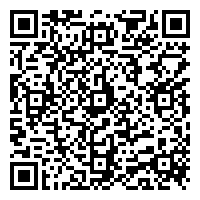