It is deeply disappointing that the Anti-Defamation League (ADL) and ADL’s CEO Jonathan Greenblatt are still continuing to misleadingly promote the Black Lives Matter movement (#BLM) in statements and in ADL’s “lesson plans,” “curriculum resources” and “family discussion guides” aimed at impressionable students – even after #BLM published its new platform falsely accusing Israel of “genocide” against the Palestinian people, “abuses,” “apartheid,” “discrimination” against Palestinians, bulldozing “Palestinian” land, and detaining four-year-old Palestinian children without due process; – and even after #BLM’s new platform endorsed and promoted anti-Israel boycotts, divestment and sanctions (BDS) and assigned the major BDS organizations to work on #BLM’s policies; – and even after #BLM launched a campaign to condemn and end IDF anti-terrorism training for American police officers; – and even after #BLM made another trip in late July to again support anti-Israel BDS and accuse Israel of “genocide” of Palestinian Arabs and “occupation” of Palestine.”

Despite all this, ADL’s “What is Happening in Ferguson, MO” lesson plan still encourages high school students to join protests and engage in other activism protesting the shooting of Michael Brown in Ferguson — the very same protests that demand an end to Israel’s existence.

In addition, ADL’s “educational materials” promoting #BLM still ignore the anti-Semitism that permeates #BLM; repeat #BLM’s false “hands up” claim – while omitting the multiple comprehensive investigations (by the Department of Justice, FBI, the U.S. Attorney, and the grand jury) that concluded that Officer Wilson shot Michael Brown in self-defense; present misleading selective police shooting statistics that ignore crime rates; frequently fail to present self-defense claims, or present self-defense as an example of “racial profiling”; and complain about (so-called) “unearned white privilege” (a racist theory that has been used against innocent Jews).

In response, ADL CEO Jonathan Greenblatt stated that ADL does not “endorse” or have an “official relationship” with #BLM.   Of course, whether or not ADL has an “official” endorsement relationship with #BLM is totally irrelevant.  The relevant fact is that ADL statements and misleading ADL educational materials promote #BLM.

In his response, ADL’s Jonathan Greenblatt also falsely downplayed and tried to excuse #BLM’s anti-Semitic, anti-Israel agenda and activities as attributable to “a small minority of leaders within the Black Lives Matter movement.”   (We wonder if the ADL would propagandize for some other movement if “a small minority” of that movement’s leaders were accusing LGBT people of committing genocide and ethnic cleansing.)  ADL’s Greenblatt then insisted that ADL would continue promoting its #BLM “educational materials” because #BLM’s concerns “are critical civil rights issues that merit attention [including] police brutality, mass incarceration, racial profiling and the school-to-prison pipeline.”

It is the epitome of foolishness for the ADL to continue promoting #BLM in schools and elsewhere – when #BLM is spreading anti-Israel blood libels.

Over ninety years ago, the great prescient Jewish leader Vladimir Jabotinsky (who warned Jews of the impending Holocaust in the 1930s) wrote in the widely circulated Russian newspaper Rassviet that Jews who support movements that are harming Jews, out of some perverted sense of “higher purpose,” are fools.   Jabotinsky explained, in words that are as true today as they were back then:

“It is incredible what political simpletons Jews are.  They shut their eyes to one of the most elementary rules of life, that you must not “meet halfway” those who do not want to meet you.   There was a typical example in old Russia, when one of the oppressed nations, with one accord, launched a crusade against the Jews, boycotting them and pogroming them.  At the same time, this nation was fighting to gain its own autonomy, without any attempt to conceal it means to use its autonomy for the purpose of oppressing the Jews.  Worse than before.  And yet, Jewish politicians and writers, (even Jewish nationalists) considered it their duty to support the autonomist efforts of their enemy, on the ground that autonomy is a sacred cause.” 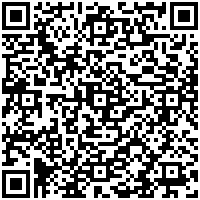