As the Clinton camp and much of the rank and file continue to bemoan the Trump victory, engage in ritual scapegoating of the culprits (Russia, the FBI, Hillary, and her Brooklyn-based campaign high command) and offer futile prayers that the Electoral College will make the bad dream go away, a few Democrats are starting to plan for what they hope will be revenge on Trump in 2020.


Among the obvious possibilities are Sens. Elizabeth Warren and Cory Booker, who are, as Politico noted, seeking to polish their resumes with committee assignments (armed services and foreign relations, respectively) to broaden their appeal. Others in the mix are Vice President Joe Biden and Senator Bernie Sanders, even though they will be 78 and 79 on inauguration day 2021. The real question facing Democrats isn’t which of these retreads or relatively fresh options to choose next time. Rather, their dilemma lies in deciding whether to double down on Hillary Clinton’s 2016 identity-politics strategy or to take a page out of Donald Trump’s book and start paying attention to the white working class voters in rust belt states that won him the presidency. As the New York Times reported, the debate about whether to take the 2016 results to heart or to ignore them is the argument that may well be the focal point of debate for the next three years as well as the rationale for some of the potential candidates. The argument against the Trump example is articulated by former Obama staffer Dan Pfeiffer, who says the demographics Democrats counted on shouldn’t be discounted. If, as he says, the Electoral College is trending in their favor as the number of potential minority voters grows while the percentage of the white electorate shrinks, it makes no sense to switch tactics and divert resources to pursue Trump backers. After all, Hillary Clinton did win the popular vote, and a shift of 77,000 votes in Michigan, Wisconsin, and Pennsylvania would have handed her the election. Better tactics (show up in Wisconsin next time) and a better candidate will guarantee victory for them. To this way of thinking, Trump’s win is just a fluke that can’t be repeated, perhaps not even by the billionaire in four years.

Other Democrats aren’t so sure. They view the GOP’s victory in states that seemed to be safely tucked away in the blue column as a wake-up call. A party that is prepared to write off white workers as well as rural voters—a group that Agriculture Secretary Tom Vilsack points out is as numerous as African-Americans—is one that is boxing itself into a tight box on the two coasts in which their fate will be determined by groups with historically low turnout rates that cost Clinton the election.

Those inclined to agree with him are looking to Biden as someone who fits the mold of a traditional Democrat that can speak to working class voters. The Sanders wing, whether led by the Vermont senator or Warren, also talks about the working class in their revolt against the Democratic establishment. But it’s not clear that left-wingers can motivate rust belt voters or farmers.

What many liberals haven’t considered is that the real fluke may turn out to have been Obama’s 2008 and 2012 victories. Though Democrats may spend the next generation chasing after a formula that will enable them to reconstruct his winning coalition of minority and young voters, what they may ultimately learn is that he was the only candidate who could motivate those groups to come out in the kinds of numbers they need to offset the Democrats’ growing deficit among whites. Unless they can clone Obama, those on the left who think they can win on left-wing ideology and identity politics alone may be guaranteeing themselves a long stay in the opposition. 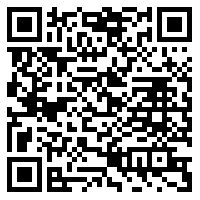