The PAK FA is intended to be the successor to the MiG-29 and Su-27 in the Russian Air Force and serve as the basis for the Fifth Generation Fighter Aircraft. The T-50 prototype first flew on January 29, 2010, when it was slated for delivery to the Russian Air Force starting in late 2016 or early 2017.


The T-50 will be the first Russian Air Force operational aircraft to use stealth technology. Similar to other stealth fighters such as the F-22, the airframe incorporates planform (wing alignment) edge to reduce its radar cross-section (RCS). The leading and trailing edges of the wings and control surfaces and the serrated edges of skin panels are carefully aligned at several specific angles in order to reduce the number of directions the radar waves can be reflected.

The prototypes and the initial production batch are expected to include a highly upgraded variant of the Saturn AL-31F engine used by the Su-27 family as interim engines while a new clean-sheet design power plant is currently under development. The aircraft is expected to have a service life of up to 35 years.

According to Business Insider, in a comparison between the F-35 and the Sukhoi T-50, the US fighter comes out ahead. Although the T-50 reaches 1300 mph, compared with the F-35’s 1200 mph, the US fighter can launch internal missiles and smart-bombs while flying faster than the speed of sound. Not so the Russian fighter.

The T-50 designers prefer maneuverability over secrecy, and so it’s not as stealth as the F-35. In fact, its twin-engine design more closely resembles the F-22 Raptor of 20 years ago.

Here’s a Russian advantage, according to Business Insider: in dog fights, although both jets can slip into heavily defended targets on the ground, and the F-35 will be better in those scenarios –the T-50 is better for air-to-air battles. You may recall that in dog fights the F-16 always beat the F-35.

Both fighters need a very short runway for takeoff – 300 yards – but the F-35 can also perform vertical takeoffs. 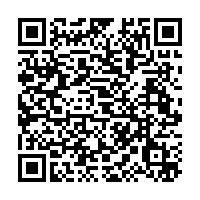