Question: I understand that at a minyan, the chazzan is required to repeat Shmoneh Esreh out loud so that people who may not know how to daven can fulfill their obligation to daven with the chazzan’s repetition. What, however, should the chazzan do when he reaches Kedushah and Modim? I hear some chazzanim say every word of Kedushah out loud and some only say the last part of the middle two phrases out loud. As far as the congregation is concerned, I hear some congregants say every word of Kedushah and some say only the last part. Finally, some chazzanim and congregants say Modim during chazaras hashatz out loud and some say it quietly. What is the source for these various practices?

Answer: The Shulchan Aruch Harav (Orach Chayim 124:1) explains that a chazzan repeats Shmoneh Esreh out loud to fulfill the prayer obligation of those who can’t pray on their own (see Rosh Hashana 33b-34a).

Many do not follow the correct responsive procedure for Kedushah, and since the practice is widespread, it may have to be overlooked (Berachot 45a). If the congregants will miss z’man tefillah, however, the Rema (Orach Chayim 124:2) writes that they should quietly recite along with the chazzan until after Kedushah. At least one person who already prayed, even a child, should answer “Amen” to the chazzan’s blessings to substantiates the shlichut of the chazzan. Those praying with the chazzan may not respond “Amen.”

Another prayer style when time is pressing is as follows: The chazzan begins the Amidah, and after “HaKel HaKadosh,” everyone begins their silent Amidah (while the chazzan continues quietly with his own Amidah). (See Mishnah Berurah, Orach Chayim 124 sk8.) This procedure is commonly performed for Mincha, especially in yeshivot.

The tefillah of Modim within the Amidah is so important that Berachot 21b instructs one who arrives late (after kedushah, explains Orach Chayim 109:1) to begin praying only if he will conclude before the chazzan reaches Modim. Tosafot explain that one must bow with the congregation at Modim in order that he not appear as a denier of G-d to whom they are praying (see Rabbenu Tam, Tosafot s.v. “ad sh’lo yagia…” Berachot 21b).

Birkat Kohanim is part of chazaras hashatz but is said by kohanim (unless none are present in which case the chazzan says it). Bnei Ashkenaz in the diaspora do not have kohanim duchan other than on yomim tovim. The chazzan says it all other times. We only answer “Amen,” however, when kohanim say it (Orach Chayim 127:2, citing the Rambam, Hilchot Tefillah 15:10).

We now discuss the prayer “Ribbono Shel Olam” that the congregation recites during Birkat Kohanim.

Answer: The Mechaber (Orach Chayim 130:1) states, “One who has a dream, and does not understand what he saw, should stand before the kohanim at the time they go up to the duchan and recite as follows: ‘Ribbono shel olam… Master of the world, I am yours and my dreams are yours.’ ”

The full text, as found in Berachot 55b, continues, “I dreamt a dream, and I do not know what it relates. Whether I dreamt regarding myself, or whether my fellow dreamt about me, or whether I dreamt about others – if the dreams are good, strengthen them and support them like the dreams of Joseph the righteous. If they are in need of healing, heal them like the waters of Marah that were healed through the hand of Moses our teacher and like Miriam [who was cured] from her tzora’at, like [King] Hezekiah [who was cured] from his sickness and like the waters of Jericho [that were healed] by Elisha. And just as You turned the curse of the wicked Balaam into a blessing, so turn all my dreams into something good for me.” 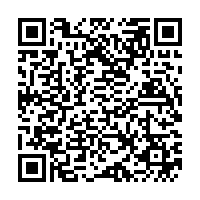