Jibril Rajoub, head of the Palestinian Olympic Committee, called the campaign to hold a minute of silence for the 11 Israelis murdered at the 1972 Munich Olympics “racism.”

In a letter written to International Olympic Committee head Jacques Rogge, wrote that “Sports are a bridge for love, communication and the spreading of peace between nations and should not be used for divisiveness and the spread of racism,” according to the Times of Israel.


Here’s what the Times of Israel omitted:

Jibril Rajoub was arrested in 1968 on suspicion of aiding fleeing Egyptian officers, and spent four months in prison. While in prison, he met a local Fatah leader, who recommended that he be accepted into the organization, which was then secretive. After his release, he joined Fatah. His tasks were to assist terrorists and build up cells in the Hebron hills.

In September 1970, he was arrested for throwing a grenade at an Israeli army bus near Hebron. He was tried and convicted of this attack and of membership in an armed group, and sentenced life in prison.

In 1985, he was one of 1,150 Arab prisoners freed in exchange for three Israeli hostages held by the PFLP. He was soon re-arrested for resuming terrorist activities, and was interrogated and placed in solitary confinement. He was hospitalized after a 30-day hunger strike. After his recovery, he returned to prison, and was released seven months later. In September 1986, he was arrested again for terrorist activity, and was imprisoned until March of 1987.

Rajoub was arrested for his activities during the First Intifada in December 1987, and was deported to Lebanon in January 1988. He relocated to Tunis, Tunisia, with the exiled PLO troops, as an advisor to Fatah deputy leader Khalil al-Wazir. After Wazir’s assassination by Israeli commandos, Rajoub became a close lieutenant of Arafat, and was allegedly behind a 1992 plot to assassinate Ariel Sharon.

In 1994, Rajoub was allowed to return to the disputed territories following the signing of the Oslo Accords. He served as head of the Preventive Security Force until 2002, and Yasser Arafat appointed him as his national security advisor in 2003. During his tenure, he was accused of using the force to quash political dissent and harass political opponents of Yasser Arafat and the Palestinian National Authority, including the use of torture. He was also known for shooting the knees of enemies of his boss.

IOC president Rogge has declined numerous requests to hold the minute of silence at the opening ceremony of the London Games on Friday. He held an impromptu and awkward minute of silence in memory of the athletes at a small ceremony in the Olympic Village on Monday.

Black September, a Palestinian terrorist group, was responsible for the killings in Munich.

In an interview with the French news agency AFP on Monday, Rajoub said that “sport in Palestine is a means to achieve national goals” as well as “a tool of struggle to present the Palestinian cause.”

A petition to hold a minute of silence in memory of the murdered athletes has garnered more than 100,000 signatures, and the international campaign has received the endorsement of numerous public figures, including President Obama and presumptive Republican presidential candidate Mitt Romney. 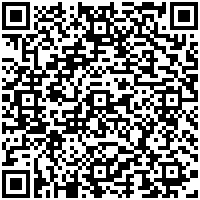