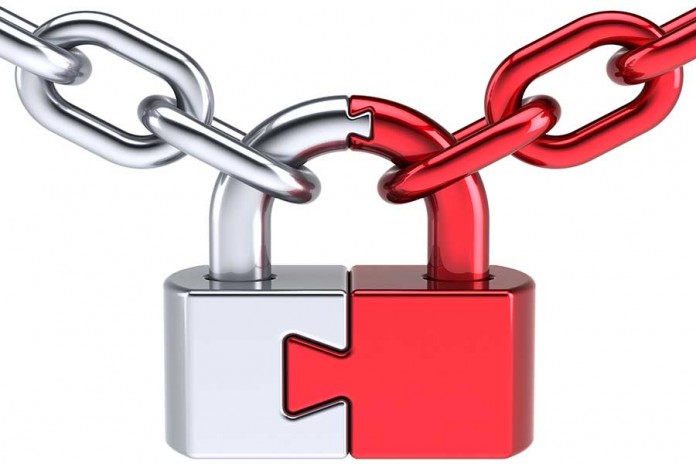 Last time we considered the nature of Talmudic debate. We concluded with the sealing of the Talmud. Let’s now address post-Talmudic machloket.

The manner in which halachic questions are addressed differs substantially in the post-Talmudic world. When a issue arises we look toward the Talmud for an answer. While there may be debate, the debate hinges upon what the Talmud states. All agree that the Talmud is binding. Why? Why can’t a great scholar disagree with the Talmud?

Rambam writes that the conclusions of the Talmud Bavli are binding because they were accepted by all of Israel. In fact, Rambam implies that because they were accepted by the entire Jewish people, these conclusions have the same binding force as a ruling of Sanhedrin. R. Joseph B. Soloveitchik and R. Elchanan Wasserman, among others, suggest that this is based on the fact that the authority of the Sanhedrin is rooted in the Jewish people. This explains how Rambam knew that the Sanhedrin and semicha can be reconstituted. (In Hilchot Sanhedrin (4:11), he writes that “if all the sages of the land of Israel would agree to appoint judges and grant them semicha, then this would constitute semicha and these new ordinants would possess the full authority of the original ordained judges.”) This also explains why legislation made by Sanhedrin but not accepted by the Jewish people is not binding and need not be rescinded.

No document has been universally accepted since the Talmud. Accordingly, all subsequent rulings are binding only on a local level. Rambam emphasizes that this relates both to the interpretation of Torah as well as legislation (takanot, gzeirot, minhagim). Rambam adds that this too relates to {Rambam adds another reason that accounts for post-Talmudic disagreements:} the dispersion of the Jewish people and our inability to gather, debate, and vote. (While the conclusions of Talmud Bavli were also not voted upon, their universal acceptance acts in place of a vote.) However, no document since then has been accepted to such a degree and, as such, is not binding upon all of Israel. As Rambam writes in his introduction to Mishneh Torah:

Ravina and Rav Ashi and their colleagues were the last of the great Torah scholars of Israel who wrote down the Oral Law, enacted restrictive legislations, enacted affirmative legislations, and enacted binding customs; and their legislations and customs gained universal acceptance among the people of Israel in all of the places where they settled. After the court of Rav Ashi, which wrote the Talmud in the time of his son and completed it, the people of Israel scattered throughout all the nations and reached the most remote parts and distant isles, armed struggle became prevalent in the world, and the public ways became clogged with armies. The study of the Torah declined, and the people of Israel ceased to gather in places of study in their thousands and tens of thousands as before.

But there gathered together a few individuals, the remnant whom Hashem calls in each city and in each town, and occupied themselves with the Torah, understood all the works of the sages, and knew from them the correct way of the Law. Any court that was established in any town after the time of the Talmud and enacted legislations or enacted customs for the town’s residents or for several towns’ residents, its enactments did not gain the acceptance of all Israel, because of the remoteness of their settlements and the difficulties of travel, and because the members of the court of any particular town were just individuals and the Great Rabbinical Court of seventy members had ceased to exist several years before the writing of the Talmud.

Therefore a town’s residents are not forced to observe the customs of another town, nor is one court told to enact the restrictive legislations of another court in its town. So too, if one of the Geonim understood that the correct way of the Law was such and such, and it became clear to another court afterward that this was not the correct way of the Law written in the Talmud, the earlier court is not to be obeyed, but rather what seems more correct, whether earlier or later. These matters apply to rulings, enactments, and customs that arose after the Talmud had been written. But whatever is in the Babylonian Talmud is binding on all of the people of Israel, and every city and town is forced to observe all the customs observed by the Talmud’s scholars and to enact their restrictive legislations and to observe their positive legislations. For all those matters in the Talmud received the assent of all of Israel; and those sages who enacted the positive and negative legislations, enacted binding customs, ruled the rulings, and found that a certain understanding of the Law was correct, constituted all of Israel’s Torah scholars, or most of them, and it was they who received the traditions of the Oral Law concerning the fundamentals of the whole Law in unbroken succession back to Moshe Our Teacher. (translation from Machon Mamre)

On a practical level, how does one address debate nowadays? Earlier we saw that a person may choose to follow one school of thought or another, such as Beit Shammai or Beit Hillel, as long as they are consistent. But what about if an individual has a single question? How are they to know what to do when the question they face is debated by the greatest of scholars? While the guidelines for p’sak are complex, we shall present a brief synopsis.

The Mishna instructs us to find a posek (halachic authority). But how is the posek to know what to do? Assuming they are worthy of arriving at their own halachic conclusion (higiyah le-hora’ah) they may seek to resolve the question on their own and follow the view they find most compelling.

But what if they cannot decide between two opinions? The Talmud lays out guidelines, but these too are debated. According to Rashba the posek should follow the sage that is greater in wisdom and has a larger following (gadol b’chochma u’ve’minyan). If the two sages are equal then if the question relates to biblical law they should follow the stringent view and if it relates to rabbinic law, they may be lenient. However, Rambam simply writes that in cases such as these one is stringent regarding biblical law and lenient regarding rabbinic law. It would seem that Rambam maintains that the principle of following the majority view is only relevant when an actual vote is taken following a debate.

As noted earlier, some Acharonim argue that when there is no face-to-face debate the majority view is not binding. Accordingly, when there is a dispute among contemporary poskim, the purveyor of the minority view may continue to follow their own view, even when they acknowledge that they are in the minority. Moreover, their students may do so as well. On the other hand, those who are uncertain and are not students of the purveyor of the minority position should follow the majority view.

Having come to the end of our series, let us briefly review the six stages of machloket that we have considered:

As we conclude the history of debate it is worthwhile considering the implications of all this machloket. While there is certainly a downside to this development (lack of clarity and lack of objectivity), there might also be an advantage, once we assume Eilu v’Eilu: Debate allows one to perceive multiple correct perspectives. R. Yitzchak Hutner (Pachad Yitzchak, Chanuka 3) powerfully expressed this notion:

Sometimes, the nullification of Torah is its very confirmation, as it is written, “the tablets that you (Moshe) have broken.” [According to the Talmud, G-d said to Moshe], “May your strength increase because you have broken them.” The act of breaking the tablets is an act of establishing the Torah through its nullification. Our Sages have said, “Were the tablets not broken, Torah would not have been forgotten in Israel” (Eiruvin 54a); we find, therefore, that the breaking of the tablets contains an aspect of forgetting the Torah. We learn from this an awesome and novel idea: it is possible for Torah to be increased through being forgotten, and it is possible to be blessed with increased strength because of the Torah having been forgotten!

… The “battles” within Torah are not simply one of many possible ways of (acquiring) Torah, but rather the positive creation of new Torah concepts that cannot be found in the words of Torah… And the two sides that clash in halacha become partners in the creation of a new Torah concept whose name is “the battle of Torah.”

Forgetting the halacha precipitated the need to consider the law from an intellectual perspective (as opposed to simply accepting the revealed truth), and this necessarily introduces a human component into the divine law. This too can be seen positively, as we have seen.

What emerges, then, is that our Torah, which contains the Written and Oral Law, is rooted in revelation but guided by reason; it is a partnership between G-d and man. The idea of “These and those are the words of the living G-d” (Eilu v’eilu divrei Elokim chaim) implies that even as all of Torah is rooted in revelation, G-d nevertheless makes us partners in the shaping of his Law (just as he made us partners in completing his world). Remarkably, this partnership was triggered by forgetfulness and concludes when we partner with G-d to complete his perfect work – “for it is our life and the length of our days, and upon it we contemplate day and night” (Ahavat Olam prayer in Maariv). 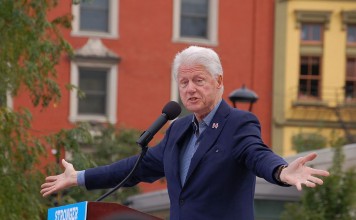