Question: What should the chazzan do when he reaches Kedushah and Modim? Some chazzanim say every word of Kedushah out loud and some only say the last part of the middle two phrases out loud. As far as the congregation is concerned, some congregants say every word of Kedushah and some say only the last part. Finally, some chazzanim and congregants say Modim during chazaras hashatz out loud and some say it quietly. What is the source for these various practices?


Answer: The Shulchan Aruch Harav (Orach Chayim 124:1) explains that a chazzan repeats Shemoneh Esreh out loud to fulfill the prayer obligation of those who can’t pray on their own (see Rosh Hashanah 33b-34a).

The tefillah of Modim within the Amidah is so important that Berachot 21b instructs one who arrives late to begin praying only if he will conclude before the chazzan reaches Modim. Tosafot explain that one must bow with the congregation at Modim in order that one not appear as a denier of G-d to whom the congregation is praying (see Rabbenu Tam, Tosafot s.v. “ad sh’lo yagia…” Berachot 21b).

Birkat Kohanim is part of chazaras hashatz but is said by kohanim (unless none are present in which case the chazzan says it). One prayer recited during Birkat Kohanim is “Ribono shel olam,” which the Mechaber (Orach Chayim 130:1, citing Berachot 55b) states should be said by anyone who has a dream which he doesn’t understand. The Shulchan Aruch Harav (Orach Chayim 128:58) says this prayer should be recited while the kohanim are melodiously drawing out the last word of each verse.

During Birkat Kohanim, the kohanim should look downward so as not to interrupt their concentration. The congregation should likewise concentrate and face, but do not to gaze upon, the kohanim, who customarily spread out a tallit over their heads. Some also cover their hands (see Rema, Bet Yosef, and Tur, Orach Chayim 128:23). The Mechaber (128:24, citing Sotah 38b) writes that people standing behind the kohanim are not included in their blessing.

The Mishnah Berurah (to Orach Chayim 128:24) in his Bi’ur Halacha commentary (s.v. “afilu mechitza shel barzel…”) cites Elyah Rabbah, who mentions the ruling (in Orach Chayim 55:20) that there can be no separation between the person saying and the person responding to Kaddish and Kedushah. The Elyah Rabbah asserts that the same rule should apply to Birkat Kohanim. If a wall separates people from the kohanim, those beyond the wall should not be included in the berachah.

The Mishnah Berurah, however, cites Sefer Ha’Eshkol which states that the law is different for Birkat Kohanim regarding people in the fields and have no need to answer “Amen” to the berachah. What, then, is the basis of the Elyah Rabbah’s opinion that the standard rule of separation does apply to Birkat Kohanim? The Mishnah Berurah speculates that perhaps the Elyah Rabbah was referring to a case where people were either in the synagogue’s courtyard or outside but quite close to the synagogue. These people are too close to the synagogue to be considered anusim and faultless and therefore are not included in Birkat Kohanim. 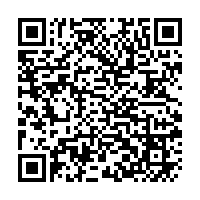