The pasuk from which most of the halachos of gittin (divorce) are derived is in this week’s parshah. The pasuk says: “Ki yikach ish isha… vechasav lah sefer kerisus v’nasan b’yadah veshilchah mi’beiso – If a man marries a woman … and he wrote her a bill of divorce and placed it in her hand and sent her from his house” (Devarim 24:1).

Generally, the divorce process is when a husband writes a document of divorce and gives it to his wife. One halacha that results from this pasuk is that the husband or his agent must put the get in the hand (or possession) of his wife in order for the get to be valid. But this is problematic, for the rabbanan decreed that everything that a married woman acquires belongs to her husband. How then could the husband put the get into her possession if wherever he places it will acquire for him what he already owns? Even directly placing the get in her hands will be considered as if he gave it to himself, as she essentially has no property that belongs to her. Even property that she owned prior to their marriage is considered as belonging to her husband.


The Gemara in Gittin 77b answers that there is a concept called “gitta veyada ba’im k’echad – her get and her hand come together.” This means that since, if the get would be valid, she would have a hand of her own to receive the get, we thus credit her with already having her hand in this transaction – and the get is as valid as if he put it in her hand. The Gemara says that this rule also applies in a scenario whereby the husband places the get in her property. This is so since if the transaction would materialize, the property would belong to her, and we grant the property to her in order to facilitate the transaction.

The Ketzos Hachoshen (200:5) speculates as to whether we can apply this concept to monetary transactions as well. For example, if Reuven wants to give property to Shimon as a gift, one of the ways that property is acquired is by writing a shtar (document) and giving it to the buyer or to his property – similar to a get. Could Reuven place the gift document in the property and tell Shimon that he has given him the property? Would we say or not say that his property and his gift are combined? Since in order to acquire the property, Shimon needs to own the property that contains the document. And if he would own the property (the document would be in his possession) and therefore have the property acquired for him, perhaps it is a valid transaction – just as it is by a get.

The Ketzos Hachoshen then rules that this concept does not apply to monetary transactions. He explains that it can only be applicable to the scenario of a get. This is because there is a fundamental difference between the situations when a husband must “give” his wife a get and when a monetary document must change hands in order to activate a transaction. Regarding a real estate transaction, it is not sufficient to merely give the document to the buyer; rather, the buyer must acquire the document. Regarding a get, the woman need not acquire the get document; rather, the husband must merely place it in her hand or on her property. Since she does not need to acquire the get, the Gemara says that we can apply the concept of gitta veyada ba’im k’echad. The idea is that since she does not have to acquire the document and it only has to be considered on her property, we say that it is already considered to be her property – since we grant the fact that it will become her property. However, in a scenario whereby one must acquire the document in order for the transaction to take place, we cannot advance the property together with the transaction.

From the halacha that one may write a get on something from which it is forbidden to gain benefit, the Ketzos Hachoshen proves that a woman does not have to acquire her get in order for the divorce to be valid. The Rashba’s view is that anything that is forbidden to derive benefit from is not acquirable. If a woman is indeed required to acquire her get, how can it be valid when it is written on something that is not acquirable? Additionally, a man may force his wife to receive a get min haTorah. There is no acquisition that can take place against one’s will. The Ketzos draws from here that in fact a woman does not need to acquire her get; therefore the concept of gitta veyada ba’im k’echad only applies to a get and not to monetary transactions. 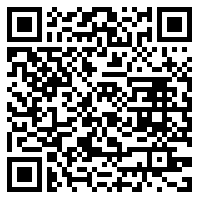