QUESTION: I see that some people refer to the month of Cheshvan as Marcheshvan. Which is correct?

ANSWER: The Gemara (Jerusalem Talmud, Rosh Hashana 1:2) cites Rabbi Chanina who states, “The names of the [Jewish] months were brought up with them [the exiles who returned to the Land of Israel] from Babylonia.” Indeed, these were not the original names, as we see in the various biblical verses that refer to them only in a numerical fashion. The Gemara supports Rabbi Chanina’s statement by citing the following months and their scriptural sources (all post-exile), Nissan in Esther (3:7), Kislev in Nechemia (1:2), and Tevet in Esther (2:5).
Though not included in the Gemara in Rosh Hashanah, through a scriptural search, we find as well Shevat in Zecharia (1:7), Adar and Nissan in Esther (3:7), Sivan in Esther (8:9), and Elul in Nechemia (6:15), which are all post-exile references found only in the prophets and Hagiographa.
However, we find no scriptural mention of Iyar, Tamuz, Av and Marcheshvan. Our tradition, based on the Gemara’s statement (“The names of the months were brought up with them…”), is that these names too were brought up from Babylonia. Indeed, when the exiles came to Babylonia they found a society that used a lunar calendar similar to ours and that were quite knowledgeable of astronomy.
Thus, they eventually adopted the Babylonian names for the months. While all remain essentially the same as the Babylonian names, three differ slightly: Sivan (from the Babylonian Siman), Tamuz (from Tuvuz), and Marcheshvan (from Arachshamn, most probably originated from Arach Shaman – i.e., Eighth Month.) In each of these three changes, it is noticeable that a corruption occurred with a mem somehow replacing a vav or the opposite.
True, the Gemara cited above (Jerusalem Talmud, Rosh Hashanah) only cites three of the names: Nissan, Kislev, and Tevet. However, we find that the sages of the Talmud refer to these months as well as the others elsewhere. Almost all of the months’ names are referred to in Tractate Rosh Hashanah (Babylonian Talmud). An exception is Marcheshvan, which is mentioned in a mishna in Mesechet Ta’anit (10a) in the dispute between Rabban Gamliel and the tanna kamma about the proper time of year to start requesting rain via Shemoneh Esreh‘s blessing of Mevarech Hashanim.
The tanna kamma posits to start at the 3rd of Marcheshvan, and Rabban Gamliel says the 7th of Marcheshvan. The latter’s reasoning being that the 7th is 15 days after the festival (of Sukkot), which provides sufficient time for the last of the olei regel – those who traveled to Jerusalem for the holiday – to have returned home unhampered by inclement weather.
The Gemara explains as well that in the Diaspora, where there is less need of rain (or minimized dependence on rain for survival), the prayer request commences 60 days from the festival of Sukkot (today that is usually December 4th, 5th, or 6th, depending on the year and the day of week). Rambam (Hilchot Tefillah 2:16) rules according to Rabban Gamliel and puts the start of the request for rain on the 7th of Marcheshvan in Eretz Yisrael.
It is relevant that the month in your question is consistently referred to in halachic discussions as Marcheshvan, not Cheshvan.
Rabbi Sperlingin Sefer Ta’amei Haminhagim U’mekorei Hadinim (Inyonei Simchat Torah siman 836) stresses the minhag of using the name Marcheshvan when blessing the new month. Rabbi Sperling explains that this is extrapolated from the Midrash Tanchuma (Parshat Noach 11). There we learn that from the time of the mabul – the flood – and afterward, Hashem enacted that from the start of that month (Marcheshvan), there will always be heavy rains.
This is what “mar” refers to. Mar means a drop (of rain), as in the verse in Isaiah (40:15), “Hen goyim k’mar midli… – Behold, all the nations are like a drop [of water] from a bucket…”
Rabbi Sperling notes as well (infra 838) that even the names of the months used pre-exile in the scripture, for example, “Bul“  (I Kings 6:38), reflects this same concept. Bul, from the word “mabul,” implies that this is the month of the flood. (However, it is at odds with the above rationale for the use of “mar.”)
Additionally, Rabbi Sperling notes the midrash (Yalkut to Melachim p. 27) that tells about this season including heavy rains for the 40-day period. When King Solomon built the Holy Temple, the edict of heavy rains for 40 days was rescinded. Thus the name “Bul” represented the edicts having been rescinded with the removal of the mem, the numerical equivalent of 40, the 40 days fixed in the original edict.
Consequently we might add, as far as the Babylonian name Marcheshvan is concerned, that the addition of the word “mar” (letters mem, resh) refers to this change, that the rains of that season will not necessarily be consistently heavy, but at times only “mar” – as drops of rain. Indeed that is what we pray for: A normal, bearable blessing of beneficial rain.

Rabbi Yaakov Klass can be contacted at yklass@jewishpress.com. 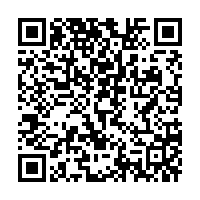