Question: I am very appreciative and, if I might add, flattered that you answer and publish many of my questions. Due to your superior knowledge, I am always confident when I send in a question that I will receive a proper response. I wonder if you could address whether one should say Birkat HaGomel after flying even though flying is statistically safer than driving. Also, do women say HaGomel as well or only men?

Summary of our response up to this point: The Talmud (Berachot 54b) states that there are four people who must say HaGomel, with the Rivash and Rav Gershon disputing whether this list is exclusive or not. Rabbi Tuvia Goldstein maintains that modern-day air travel cannot be compared to the types of danger listed in the Gemara, and thus one need not say HaGomel after flying. Indeed, the Talmud (Shabbos 32a) prohibits a person from putting himself in a dangerous situation. The fact that all frum Jews regularly fly is proof, therefore, that flying is not dangerous.

Rav Moshe Feinstein, however, argues that flying is inherently dangerous since only the airplane separates the passengers from death. If the airplane suddenly stops functioning, the passengers will almost certainly die. If flying is dangerous, though, why doesn’t Rav Feinstein prohibit people from engaging in this activity? Perhaps he maintains (like the Noda BiYehuda who discusses the permissibility of hunting) that a person may put his life in danger if his livelihood depends on it and flying nowadays is essential for many people’s jobs.

Let us now turn to the text of the blessing of HaGomel: “Baruch Ata Hashem Elokeinu melech ha’olam hagomel l’chayyavim tovot she’gmalani kol tov – Blessed are You, L-rd our G‑d, King of the universe, who bestows kindness upon the culpable, for He has bestowed goodness to me.” Everyone hearing this blessing responds, “Mi she’gmalcha kol tov Hu yigmolcha kol tuv selah – May He who has bestowed beneficence upon you always bestow every beneficence upon you.”

Why, then, do people offer a special response to the blessing of HaGomel? Why not just respond by saying Amen? Indeed, some people even skip saying Amen and go straight to “Mi she’g’malcha kol tov…” The Lubavitcher Rebbe (Rabbi Menachem Mendel Schneerson, zt”l) was very critical of those who do this. He writes (Igrot Kodesh vol. 4, page 260), “I have previously protested and continue to protest this strange custom – that those who hear the ha’gomel blessing do not answer Amen but go straight to the above response.” In its siddur ArtScroll adds the word Amen before “Mi she’g’malcha kol tov…,” but I’ve noticed that many people do not say Amen first.

Now, in truth, it is the Mishnah Berurah who adds the word “Amen” to the Gemara passage quoted above. The Gemara itself doesn’t mention it in its explanation of the exchange between Moses and the children of Israel. Perhaps, then, this passage in the Gemara merely teaches us is that every blessing requires a response from those who hear it. Usually, Amen is the proper response. For HaGomel, however, perhaps a different response is appropriate.

Interestingly, the actual text of HaGomel can change if one says it on behalf of someone else (Mishnah Berurah, infra 219:17). One may say: “she’gamal l’ishti… she’gamal l’avi… she’gamal l’rabi – who has bestowed upon my wife… my father… my teacher…” 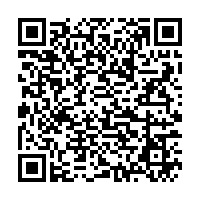