Question: My rabbi recently ruled leniently in a certain matter relating to the laws of mourning. Am I disrespecting my late mother if I follow this advice?

No Name Please
Via Email

Synopsis: Last week we noted the rule of ko’ach d’Hateirah adif – the rule of lenience is greater. We explained that that rule is applicable in rabbinical matters, while in biblical matters, where there is doubt, we tend to rule stringently. We cited Rabbi Yaakov Simcha Cohen, who explained that when a rabbi takes to seriously ruling stringently in a rabbinical matter, or leniently in a biblical matter, he presents his scholarship and acumen. We also cited from Rabbi Sholom Klass, zt”l, who brings two rulings in the mater of opening a refrigerator door on Shabbat, one from Rabbi Eliezer Waldenberg, zt”l, and the other from Rabbi Eliyahu Henkin, zt”l, who each rule that one may open a refrigerator door on the Sabbath.

Answer: HaRav Shlomo Kluger (HaAlef Lecha Sh’lomo, Orach Chayyim 112) was asked to delineate the chumrot, the stringencies, that he practices. His response was that he had no such stringencies. He contended that his daily practice was to manifest no greater stringency than observed by the common G-d-fearing Jew. His personal prayer was that his share in the World to Come should at least be on a par with such Jews.

In the Gemara (Moed Katan 17b-18a) we find the following Baraisa: Our Rabbis taught: Just as they said that it is forbidden to cut one’s hair on Chol HaMo’ed – the intermediary days of the Festival, they said as well that it is forbidden to cut one’s nails on Chol HaMo’ed. These are words of R’ Yehuda, but R’Yosi permits [one to cut his/her nails].

[Now the mishna (supra 13b-14a) ruled that there are exceptions to these rules, namely in the event one was an ones – the victim of unavoidable circumstance, as one who arrived from overseas, one who was released from captivity or from prison etc.]

However, Shmuel said “the halacha follows R’ Yosi in both instances, whether it be Chol HaMo’ed or a mourner [he may cut his nails in either circumstance] for Shmuel said halacha follows the one who is lenient in his rulings when it involves the laws of mourning.

Surely, we are not talking about the laws of aninut – the first day of mourning until one’s relative is buried, which is d’Oraita – biblical; rather, we are talking about the mourning period past the burial, which is rabbinical. And in this is manifest Shmuel’s rule: Ko’ach d’Hateirah adif – the rule of leniency is greater.

And we find that the Rambam, Hilchot Avel (5:2); Semag (mitzvat aseh d’Rabanan 3); Tur and the Mechaber (Yoreh De’ah 390:7) all rule that halacha follows Shmuel, who says we follow the lenient ruling in matters of aveilut – mourning.

Thus, as to your rabbi ruling leniently in this matter, and his ruling was directed to you, it is not a disrespect to your parent at all. As in any other matter, we follow a rabbi’s ruling. Yet praised are those who understand that the laws of mourning are not only for the mourner but serve as a benefit to the departed soul. Understandably, this is what you seek – to benefit your late mother’s soul, may she rest in peace. However, following the rabbi’s ruling will in no way decrease from that benefit.

The last mishna in Ukzin reports that there will be a time when every tzaddik will be rewarded. In the mishna, the word tzaddik is repeated. Namely, it is written that the reward will be granted to “Kol tzaddik V’tzaddik” – every tzaddik and tzaddik. Commenting upon the repetition of the word tzaddik, the Tosafot Yom Tov commentary states that the mishna refers to two different types of tzaddikim. One is a tzaddik who is stringent, the other is a tzaddik who is lenient. Both are to be rewarded. This means both have a place of esteem. 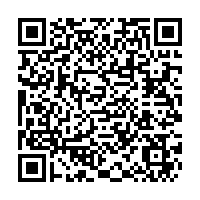