In the latest milestone for the Abraham Accords, Thursday marked the first observance of UAE National Day in Israel.

On December 2nd each year, the UAE—which normalized relations with Israel in 2020, along with Bahrain, Sudan and Morocco—celebrates the union of its seven emirates under the leadership of Sheikh Zayed bin Sultan Al Nahyan in 1971.

Israeli dignitaries were present at the event, and personally invited to the celebration was Itamar Ben-Gvir as well as Hebron’s international spokesman Yishai Fleisher. Ben-Gvir said that this is what real peace looks like.

“We are here as Emiratis to show that unity equals prosperity. When seven emirates, scattered and weak, struggling to exist, decided to unite 51 years ago, it created nothing short of a miracle,” UAE Ambassador to Israel Mohamed Al Khaja said on Thursday at the UAE National Day reception in Tel Aviv.

Israeli Prime Minister-designate Benjamin Netanyahu said at the event that the Abraham Accords “are not only a paper peace between governments” but also “a warm peace between our people, a true peace of goodwill, mutual respect, friendship, moderation and tolerance.”

“The peace treaty, whose fruits are now visible to all, has strengthened security, cooperation and stability in our region,” Netanyahu said. 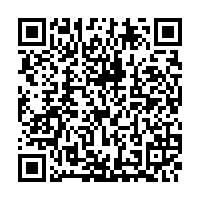