QUESTION: I am presently nursing. I would like to know until what age it is permissible to nurse my child soon after feeding him chicken. In general, how long do we wait between eating meat and dairy?
A Concerned Mother
New York City
ANSWER: The prohibition against eating meat and milk together, “… Lo tevashel gedi bachalev immo…” is stated three times in the Torah: Exodus 23:19 and 34:26, and Deuteronomy 14:21. Three warnings are learned from the repetition, one against eating basar bechalav, one against deriving benefit therefrom, and one against cooking the mixture (Chullin 115b). Other exegeses were also derived from this unusual repetition. The types of meat included in basar bechalav were extended by the Rabbis to include fowl and non-domesticated animals’ meat as well (Chullin 103b).We discussed the Gemara in Ketubbot (60a) that serves as a source for allowing mother’s milk (for babies), as presented by Rambam (Hilchot Ma’achalot Asurot 3:2) and the fact that it is considered pareve (Yoreh De’ah 87:4). Issues of mar’it ayin apply to mother’s milk with regard to cooking meat, but where this does not apply, as with a nursing infant, there is no need for concern.

We continue with an examination of the necessary wait between consuming meat and milk.


Regarding the required waiting time between the conclusion of a meat meal and the start of eating dairy, the Mechaber (Yoreh De’ah 89:1) states as follows: “If one ate meat, even [the flesh] of a non-domesticated animal (chayya) or of fowl, he may not eat cheese afterwards until six hours have elapsed.”

Pit’chei Teshuva ad loc. cites the Maharit, who questions whether these (six) hours are sha’ot zemaniyot (hours dependent on varying time). Sha’ot zemaniyot refer to the practice of dividing each 24-hour period into two separate units of daytime and nighttime, and then again dividing each into 12 hourly units. With this method, we find that at different times of the year the daylight “hours” can be either shorter or longer, and the same applies to the nighttime “hours.” The alternative is to make the waiting time dependent on sha’ot kevuot, set hours, meaning that we divide the 24-hour period comprising a day and a night into 24 equal units of 60 minutes each.

The difference in this matter is obvious. At times, the six-hour wait might be shorter, i.e., during the winter, and at times longer, during the summer. (We refer to the daytime hours because generally our meals are eaten during the day.) Thus we would be more stringent in the summer, waiting as much as six “hours” of 72 minutes each, and in the winter we would be more lenient, waiting six “hours” of 50 minutes each.

Pit’chei Teshuva further cites Kaftor Va[P]erach, the Pri Megadim and Chochmat Adam, who all agree with the view of Knesset HaGedola, who rules that the six-hour wait is not based on sha’ot zemaniyot but rather on sha’ot kevuot, and the Pit’chei Teshuva concludes that such is our custom.

The Mechaber continues: “And even if he has waited the proper course of time but finds [pieces of] meat between his teeth, he must remove them, and one who chews [the meat] for an infant [as was the practice before machinery came into use] must [also] wait.”

Pit’chei Teshuva (ad loc.) explains this last halacha, where one has only chewed but not eaten the meat, as being “la plug” – the Sages did not differentiate in their enactment, and one should not break down the barrier, or be a poretz geder.

The Mechaber’s rule is based on the following Gemara in Chullin (105a): “R. Assi inquired of R. Yochanan, ‘How long must one wait between [eating] meat and cheese?’ R. Yochanan replied, ‘Nothing at all!’ to which the other replied, ‘Surely this cannot be, because R. Hisda said that if one ate meat he is forbidden [immediately afterwards] to eat cheese, and if he ate cheese, he is permitted [immediately after that] to eat meat!'”

The Gemara then explains that we are to understand the question as follows: “How long must one wait between cheese and meat” To which R. Yochanan replied, “Nothing at all.'”

Rashi (ad loc., s.v. “Asur le’echol gevina”) explains that meat exudes fats which are retained in the mouth and the taste remains for a while.

Rashi (loc. cit. s.v. “Habasar odenu”) explains that the substance that remains between the teeth is still referred to as meat.

Mar Ukva says, “Compared to my father, I am like vinegar [in comparison] to wine, for as regards my father, when he eats meat he does not eat cheese until the same time tomorrow.” [Rashi s.v. “Lemachar ki hashta” explains this to mean a 24-hour period]. “However, as for me at this meal, I do not eat [cheese immediately after meat] but at the next meal I do it.”

Based on this Gemara, the following are the assumptions for the Mechaber’s halacha: due to the digestive process, meat leaves behind a residue and that applies not only to consumed meat, but even to that which remains between the teeth, as well. If a person eats three meals daily, breakfast in the morning, lunch at midday and dinner in the evening, there is generally a six-hour separation between these meals.

The Rema (Yoreh De’ah ad loc.) adds in his glosses, “If [after his waiting period] he found meat between his teeth, he must remove it and he must then rinse his mouth before he eats cheese.” He then cites another view (Chullin 105a, Tosafot s.v. li’seudata) that one need not wait six hours but rather one hour, and he may eat [cheese after meat] immediately if he pushed away the table [in Talmudic times they would eat at small individual tables whether partaking of a meal together or individually, and they would push away the table at the conclusion of the meal] and he recited Birkat Hamazon.

The Rema, however, states that it is the custom in these lands (Ashkenaz) to wait one hour to eat cheese after meat, but that one must conclude that meal and recite Birkat Hamazon (our equivalent to “pushing away the table”).

Interestingly, this is one of those instances where the majority of Ashkenazic Jewry adopted the view of the Beit Yosef (R. Yosef Caro) as opposed to the more lenient view of the Rema. Some Dutch Jews follow the Rema and some German communities wait three hours, but for the most part Ashkenazic and Sephardic Jewry follow the Beit Yosef and wait six hours after meat before eating cheese.

The fundamental reason for our stringency and preciseness as to the six hours is found in the Shach (Yoreh De’ah 89 ad loc.), whose statement is similar to Rashi’s, but who fixes a specific time. He cites the Tur: And during the six hours (of waiting), even where there is no meat found between the teeth, it is still prohibited [to eat cheese] as the meat gives off fats and secretions and the taste remains for a long time [six hours]; therefore, when one has just chewed meat for an infant but did not eat [and digest] it, there is no need to wait. He then cites Rambam, who reasons that our waiting is due to the meat between the teeth, and one who chews for an infant should also wait, as it is better to follow the more stringent of the two reasons.

The Rema (ad loc. 89:2) adds that there are those who are even more stringent and do not eat meat after cheese as well until a wait of six hours, according to the Taz ad loc., or one hour, according to the Shach ad loc. Even though some are lenient, especially where they rinsed the mouth, it is far better to be stringent in this area.

We note that the Mechaber uses the same phraseology as the Gemara when he refers to “meat and cheese.” The Chochmat Adam (Topic 40:12 et al.], however, substitutes the term “milk” for “cheese” because the halacha is the same. We wait six hours before we drink milk after eating meat, just as we would if we wished to eat cheese.

The question arises about the difference, if any, according to Halacha, if one wishes to drink milk before eating meat, as opposed to eating cheese before meat. 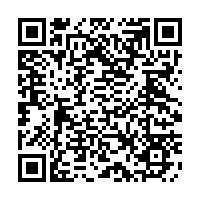