Question: Where I live, in a small out of town community, we have only one Orthodox synagogue, but the bimah is in the front on the stage with the Aron HaKodesh. My question: May one daven in a synagogue in which the bimah is not in the center?

Answer: The Gemara (Sukkah 51b) describes the great synagogue in Alexandria, Egypt, where the bimah, the almemar, was located in the center of the synagogue.

Therefore, Rabbeinu Caro (bid., Kesef Mishneh) expresses the view that in our times, when synagogues are small, it is not necessary that the bimah be placed in the center and one may follow the custom of each place.

The Rema, however, states that it should be in the center of the synagogue with all the congregants facing forward toward the Aron HaKodesh, except the elders, who face the congregation (Orach Chayim 150:5).

The Chatam Sofer (Responsa, Orach Chayim, 26) explains that the bimah is compared to the altar on which we offered the incense, which was located in the center of the Temple. Today we offer our prayers on the bimah and we march around it on Sukkot. Therefore, we must place it in the center and must not change its location.

The Aruch HaShulchan (Orach Chayim 150:9) considers it a grave sin to change the customs of old. The Chofetz Chaim (ibid., Bi’ur Halacha) claims that those who change the location of the bimah are trying to follow the gentiles who place their altar in the front. When a Reform group built a synagogue in 1810 with the bimah near the Ark, it raised a furor among the rabbis of that generation. Rabbi Akiva Joseph Schlesinger, author of Lev Ivri, a follower of the Chatam Sofer, convened an assembly of 71 rabbis who placed a ban (excommunication) upon that synagogue.

In short, we present his very sharp argument: “Those people who change the customs of our fathers, who for thousands of years have placed the bimah in the center of the synagogue, are considered as apostates who intend to provoke….”

Today we see more and more synagogues that originally had the bimah in the front on a platform with the Aron HaKodesh move the bimah to the center. I remember growing up in Boro Park where many of the larger synagogues all had the bimah either on the pulpit platform right in front of the Aron HaKodesh or adjacent to it in the front of the sanctuary. Over time these larger congregations [some at great expense] moved their bimah back to the center of their sanctuary.

Yet if the synagogue is otherwise strict in its practice regarding matters such as separate sections for men and women and strict adherence to the proper Orthodox liturgy without any deviations, then by all means, by joining such a synagogue you and others will hasten the completion of their conformity to tradition. 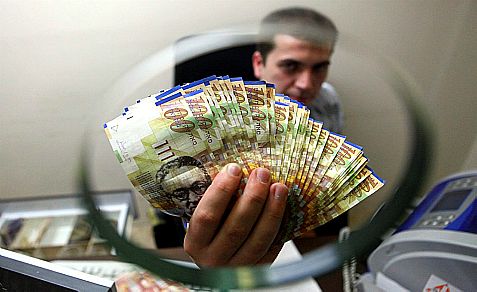 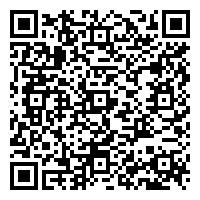