Question: Both Adam and Cain repented, yet our sages extol Reuben, who lived many generations later, as the first man to repent. Why?


Answer: Adam and Cain did, indeed, repent long before Reuben. However, their repentance wasn’t the same as Reuben’s.

The Torah (Genesis 35:22) tells us that “Reuben sinned with Bilhah, his father’s concubine.” The Gemara (Sotah 7b) says Reuben was great because he admitted his guilt. The Gemara (Shabbos 55b) explains that he didn’t actually sin with Bilhah. Rather, after Rachel’s death, he moved his father’s bed to his own mother Leah’s tent out of respect for her in spite of the fact that Jacob had already moved his bed to Bilhah’s tent.

Reuben admitted his guilt openly to spare his brothers from being unjustly suspected by their father of being complicit in the sin.

The Midrash (Bereishit Rabbah 84:19) comments on Genesis 37:29, “Vayashav Reuven el habor vehinei ein Yosef babor vayikra et begadav – And Reuben returned to the pit, and Joseph was not in the pit and he [Reuben] then rent his garments.” The Midrash asks, “Where was Reuben [i.e., what was he doing] that he left his brothers to their own devices and now he suddenly returned?”

The Midrash answers that he was in sackcloth and fasting. Etz Yosef U’matnot Kehuna (ad. loc.) explains that he was repenting for the sin of moving his father’s bed. The Midrash relates that the Holy One Blessed Is He proclaimed: “Prior to you, a man never sinned before me and then repented; in fact, you were the first to repent.”

The difficulty with this Midrash is that it appears from the Gemara (Sotah) that Reuben took his cue from Judah who admitted his own disgrace in the matter of Tamar. But the Yefei To’ar and Maharzav explain that Judah only admitted his sin while Reuben labored intensely to repent to the point that it became a preoccupation.

Cain, too, only admitted his sin, and only did so when confronted by Hashem, declaring, “Gadol avoni mi’neso – My sin is too great to bear.” The Midrash (Bereishit Rabbah 22:25) notes that Cain compared his sin to his father’s and concluded that his was far greater. He understood, not only that murder was wrong, but that it was a very grievous offense.

Hashem’s response to his admission of guilt was, “Vayomer lo Hashem, lachen kol horeg Cain shiv’atayim yukam – And Hashem said to him: Therefore, whoever slays Cain will be punished after seven generations have passed” (Genesis 4:15). According to Rashi and the Siftei Chachamim, these words were a threat to a potential killer of Cain and also note Cain’s punishment, which would only be enacted after seven generations passed.

The Midrash quotes three sages who explain the peculiar wording of this verse. R. Yehuda said Hashem’s statement was addressed to all the domesticated and wild animals as well as the birds who came to avenge Abel’s blood.

R. Levi said that the original serpent, who had brought death to the world, also came to avenge Abel’s blood – hence the word “therefore.” R. Nechemia, meanwhile, notes that the judgment reserved for Cain was different from that reserved for all other murderers. It’s true that Cain had killed, but he hadn’t anyone from whom to learn. So Cain was forgiven, but whoever slays Cain would be killed, warned Hashem.

The Midrash relates that when Cain met his father, the latter inquired, “And what was your judgment?” Cain replied, “I have repented and I have been released [absolved of my sin].” Adam proclaimed, “So great is the power of repentance!” and then composed the psalm “Mizmor shir l’yom Ha’Shabbat” (psalm 92).

Although this psalm consists of praise to Shabbat, the word “Ha’Shabbat” is also an allusion to teshuvah since both words share the same letters (if one eliminates the “vav,” which is sometimes done for exegetical purposes).

Midrash Tanchuma (Bereishit 9) offers a different explanation for the connection between psalm 92 and the story of Cain: A sign (an ot) was placed by G-d on Cain’s forehead and Shabbat serves as a sign for the Children of Israel. So Shabbat would protect both him and Cain.

Additionally, we might offer the following explanation based on the Gemara (Berachot 57b), which compares Shabbat to Olam Haba (the World to Come). For Adam, every Shabbat was a temporary return to the Garden of Eden, from which he was banished. He understood and appreciated these temporary returns and praised G-d for them, indicating that he too repented.

May it be Hashem’s will that we merit to reap the rewards of earlier generations as we emulate their repentance with the speedy arrival of Moshiach, the son of King David, who will lead us to a time when all of humanity will truly recognize the greatness of G-d. 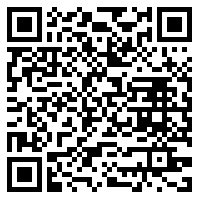