Question: Why do we read Shir HaShirim on the Shabbat of Passover? Also, why don’t we recite a blessing before reading it as we do before reading Megillat Esther?

Answer: Rabbi Yisrael Chaim Friedman (Likutei Maharich, Seder Chol HaMoed Pesach, p. 38-39) states as follows, citing the Rema (Orach Chayim 490:9): “And it is the custom to read Shir HaShirim on the Shabbat of Chol HaMoed Pesach…because it speaks of the redemption [of our people] from Egypt: ‘L’susati b’richvei Paroh dimitich rayati – With My mighty steeds who battled Pharaoh riders I revealed that you are My beloved’ [Song of Songs 1:9].”

Rabbi Friedman continues: “And if the first day of Pesach occurs on Shabbat or Sunday so that there won’t be a Shabbat during Chol HaMoed…it’s read on either of the last days of Yom Tov – whichever is Shabbat.”

Rabbi Friedman, citing the Pri Megadim, explains that Shir HaShirim is specifically read on Shabbat because it allegorically talks of the era of Moshiach – the day that will be completely “Shabbat” (“yom shekulo Shabbat”). Why, then, isn’t it read on Shabbat on one of the first days of Pesach (should Shabbat fall out on one of those days)? Because, the Pri Megadim explains, we say many piyutim on those days and we don’t want to excessively burden congregants and their families and diminish their simchat yom tov.

But where in Shir HaShirim do we see a reference to the day that will be completely Shabbat?

The Gra also notes that the words “Kol Dodi” allude to the four olamot (worlds): the present world, the world to come, the days of Moshiach, and the resurrection of the dead. We refer to these worlds at the conclusion of “Hakol Yoducha,” which we say in the birkat keriat Shema of Shacharit on Shabbat:

The Gra explains that Shir HaShirim 2:8 alludes to these four olamot, and the latter three olamot all relate to Shabbat since the Gemara (Berachot 57b) states: Shabbat is one 60th of the World to Come.

Rabbi Eisentein (Otzar Dinim u’Minhagim, p. 414), comments: “It’s our custom to recite Shir HaShirim every Erev Shabbat since we prepare ourselves to honor the Shabbat queen. Therefore, we recite praises of the bride, which are mentioned numerous times in Shir HaShirim. Also, Shir HaShirim is an allegory of the love between two: the one who bestows (Hashem) and the one who receives (Knesset Yisrael). Shabbat is the agent that connects Knesset Yisrael to its father in heaven. It is therefore said to increase and strengthen the attachment and devotion between them.”

We thus clearly see a Shabbat connection in Shir HaShirim. It’s true that Yom Tov is also sometimes called “Shabbat,” but Yom Tov is on a lower level than an actual Shabbat since it doesn’t possess the same level of sanctity. It’s only referred to as a Shabbat in terms of shvita mi’melacha – a day on which we are proscribed from performing labor.

As for reading the five megillot and saying a blessing beforehand, we find the following in Mesechet Soferim (14:3): “When reading Ruth, Shir HaShirim, Kohelet, Eichah, and Megillat Esther, one should say [the blessing of] ‘al mikra megillah – [who has commanded us] to read the megillah’ even though it’s in the Hagiographa (Ketuvim).”

(The mishnah adds this last statement since the previous mishnah states: “One who reads from the Hagiographa is required to say [the blessing of] ‘to read from the holy writings.’”)

Nachalat Yaakov, the main commentary to Masechet Soferim, notes that the Rema (Orach Chayim 490:9, quoting the Beit Yosef) states that our custom is not to recite a berachah before leining any of the megillot other than Esther.

Nachalat Yaakov explains: “This ruling is probably due to the fact that these other megillot are [generally] not written on [and read from] a scroll. Rather, they are read from a book that includes other books of Scripture. In earlier times, when megillot were written on scrolls, we read the blessing beforehand, as Mesechet Soferim suggests.”

Rabbi Yosef Grossman (Otzar Erchei HaYahadut p. 39) offers the same reason for not reciting a blessing on Megillat Eichah and explains: The scribes were not accustomed to write it [on a scroll] since we hope and look forward each day to the possibility that our Tisha B’Av mourning will be transformed into a day of joy and happiness, with no further need to read Eichah.”

Not saying a blessing doesn’t diminish this special reading as we know from the Gemara (Berachot 15a) that a deed is considered accomplished even if no blessing (the birchat hamitzvah) is said beforehand.

In the merit of properly observing the laws and traditions of Passover, may we merit Moshiach speedily in our days so we may fully observe Passover in the rebuilt Jerusalem. 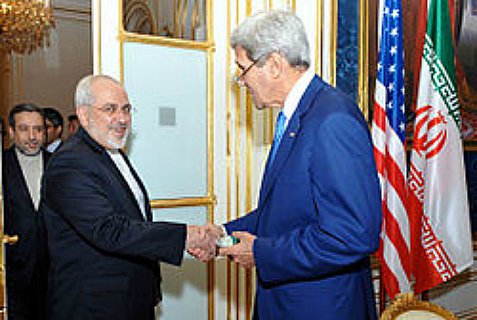 Iran Claims Victory Over US