Palestinian Authority security forces were sent to punish citizens who participated in the 2019 US-led ‘Peace to Prosperity’ workshop in Bahrain, according to the 2020 Country Report on Human Rights released Tuesday by the State Department.

The workshop, officially boycotted by the Palestinian Authority government in Ramallah, was the introductory piece to the [Peace] Plan of the Century, called “Peace to Prosperity,” designed by the Trump Administration. The US-led event was focused on improving the PA economy through the fiscal element of the Trump administration’s regional peace plan.


“Palestinian security forces arrested, intimidated, and tortured Palestinians following their participation in an international conference in Bahrain,” the report said.

Some of those who attended the conference “reported direct and indirect threats of violence from Fatah, members of Fatah’s Tanzim [military wing], Hamas and other groups, some with possible ties to the PA,” the report continues.

The plan, which recommended Israeli sovereignty over Jewish communities in the Oslo Accords-designated Area C of Judea and Samaria in exchange for territorial swaps, was wholly rejected by the Palestinian Authority, sight unseen.

Despite having to contend with major opposition from many Jewish residents of Judea and Samaria as well as other right-wing parties, the Israeli government welcomed the initiative, which included both economic and political components.

The US government, however, has since reversed course since President Joe Biden entered the Oval Office on Jan. 20 this year, and instead has reverted to insisting on both sides agreeing to the moribund “two-state solution,” which has proved repeatedly over a period of decades to be a solution for neither side. 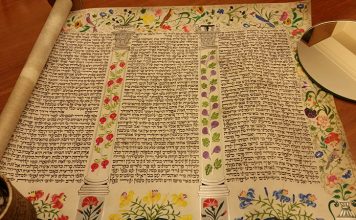 The Song of Songs: Intimacy challenged 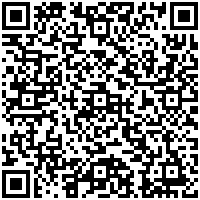