Answer: The Midrash (Tehillim pg. 723) contains the term “sandikus,” a Greek word meaning “companion of child” or “advocate.” Rabbi Tzvi Elimelech Spira of Dinov explains that sandak is an acronym of “sanegor na’aseh din kategor – the defense emerges victorious vis-à-vis the prosecutor,” referring to the brit’s function as a protection from Satan.

The Rema (Yoreh De’ah 265:11) writes that the sandak is given the first honor of being called up to the Torah, even before the mohel. The Rema explains that the sandak is compared to a kohen who offers incense in the Beit Hamikdash. All kohanim wished to benefit from the blessing of the incense, which enriched the one who offered it. Therefore, a lottery was established to assure that all had an equal opportunity to perform it. Similarly, it is customary not to give the role of sandak to someone more than once.

The Rema also talks about the honorary role of the kvaterin and kvater, the female and male messengers who bring the baby to the synagogue for the brit.

We quoted Rabbi Ari Enkin’s discussion of sandika’ot in his new sefer, Shu’t HaShulchani. He writes that serving as a sandak enriches one with material wealth, as well as long life full of spiritual wealth. Rabbi Enkin cites several authorities who argue that a person may serve as sandak twice; he states that the custom not to do so certainly does not apply to relatives. In fact, a father shouldn’t hesitate to serve as sandak for all of his children should he so desire. In some communities, the local rabbi is designated as the exclusive sandak for all children.

Rabbi Enkin concludes his discussion by pointing out that the custom of restricting someone from serving as sandak more than once is not found in the Talmud, and therefore is not truly binding.

Let’s address your original question regarding a dispute between a father and grandfather over who should serve as sandak.

The Gemara (Sukkah 32a), in seeking to determine if we may use something other than the traditional palm for a lulav, discusses the possibility of using flowered palms. Abaye rejects this idea because flowered palms are prickly to the touch and Proverbs 3:17 states, “Deracheha darchei noam vechol netivoteha shalom – Its ways are ways of pleasantness and all her paths are peace.” The Metzudas David explains: “In no way or manner is it possible for a mishap to come from one’s observance of Torah dictates.”

This rule applies to all mitzvot. Performing a mitzvah is supposed to bring both pleasantness and peace. If there is strife involved, then the entire act is marred. For example, one who steals a lulav cannot properly fulfill the mitzvah since a mitzvah that is performed through a sinful act is tainted (Sukkah 29b).

The same is true of sandika’ot. The brit milah itself is of course valid no matter how bitterly a father and grandfather may fight over who should serve as sandak. But the sandika’ot – which the Rema (Yoreh De’ah 265:11) refers to as a mitzvah that one should actively pursue – will not have been properly fulfilled because of the strife; pleasantness and peace did not surround it.

The grandfather in your scenario acted wrongly because the right to bestow any honor associated with the brit milah belongs to the father, as the Mechaber (Yoreh De’ah 260:1) notes. Thus, neither the grandfather nor anyone else may “grab” this honor if the father wishes otherwise.

What about the mitzvah of kibud av, of honoring one’s father? Naturally, all sons have this obligation, but the Mechaber (Y.D. 240:19) is emphatic that parents are prohibited from weighing down heavily on their children and being exacting on the honor due them so that they not create a stumbling block for their children (i.e., tempting them to disobey by making excessive demands). 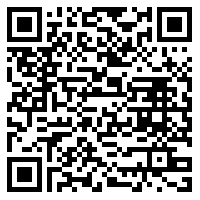