The link between the laws of Shabbat and the Mishkan not only defines the 39 Melachot but also determines the conditions for liability. One of these conditions is intent. The other is purpose.


For example, digging (a derivative of plowing), was performed in the Mishkan for the use of the hole itself, in which tent pegs were sunk. Therefore, one who digs for earth and has no use for the hole has not performed a melachah in the Torah sense of the term, a melachah de’oreita.

Because the melachah she’eina tzericha l’gufa is closest to a melachah de’oreita, in that it only lacks the element of common purpose and because there is a dispute with regard to its definition, the rabbis are less lenient with it than with other melachot derabbanan. Accordingly, it enjoys some but not all of the flexibility described. For example, a melachah she’eina tzericha l’gufa may not be performed bein hashmashot. Such a melachah may, however, for the most part be performed by a Jew on Shabbat for the sick, even the not dangerously sick; and in certain situations may be performed for a Jew on Shabbat by a non- Jew.

Based on these principles, Rabbi Shlomo Zalman Braun, in his work Sha’arim Metzuyanim B’Halacha, writes that sparks ignited by plugging in or out of electricity is akin to a melachah she’eina tzericha l’gufa, in that it is a psik reishe delo neecha lei, which means an inevitable melachah arising from a permitted act that is of no use to its performer. 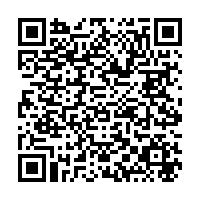